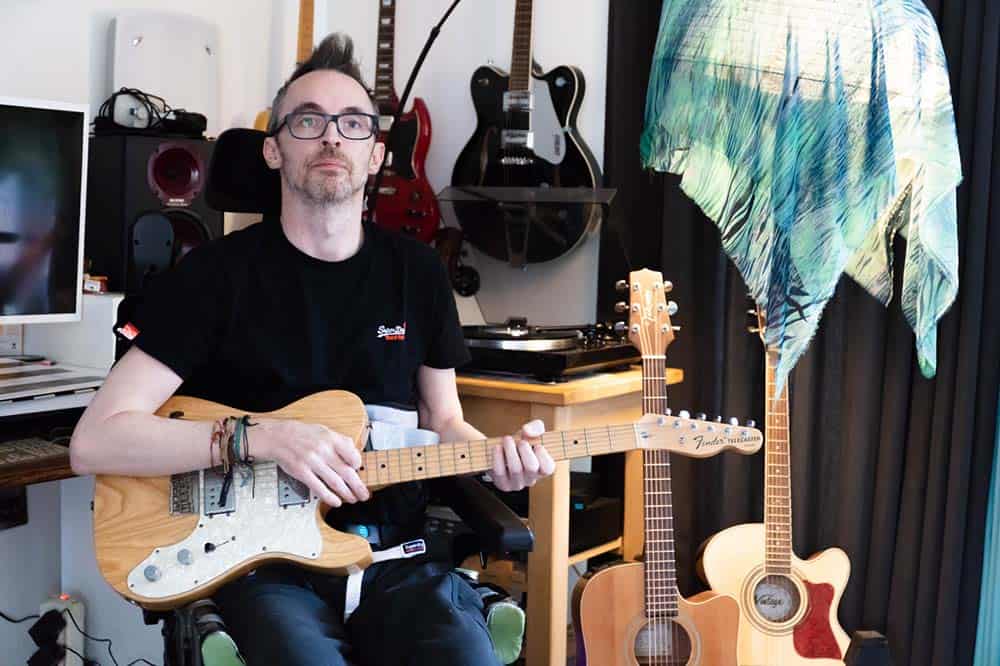 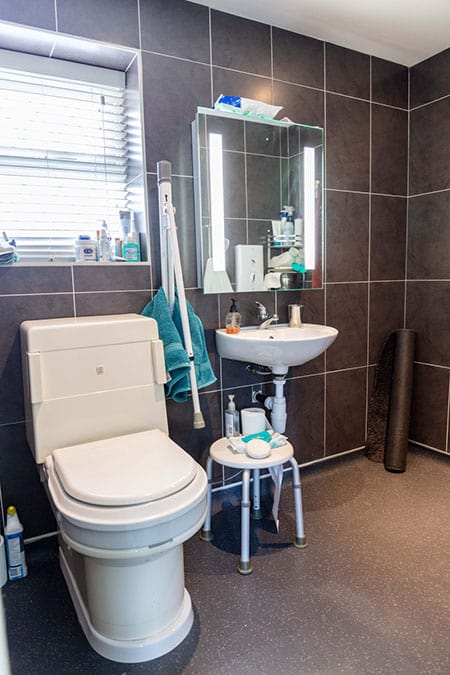 Despite having Multiple Sclerosis, musician Tom Flynn does not let the condition stop him from being stylish, even in the home.

A former member of Grammy-nominated band The Heys, the singer has a Closomat Palma Vita shower toilet in his annex of bedroom and wetroom, created through a converted garage.

Contemporary in its design, the toilet looks like, and can be used as, a conventional toilet but its integrated douching and drying functions allow Tom to undertake the whole toileting process without needing assistance.

To prepare for Tom’s future needs, the Closomat has been fitted with a 50mm plinth to help him sit comfortably and a touch sensitive hand switch to enable him to operate its functions on his own as his strength decreases.

“I may be limited in what I can do, but I’m not blind and I want style! I don’t want my room to look like a hospital,” he said. “Independence is key. The Closomat means I can go to the toilet without having to call my parents to help.”

Tom’s MS began seriously impacting on his life whilst on tour with the band a decade ago, believing that the condition was affecting him as long ago as 1996.

“In the end, you have to keep going, and try and keep your independence and the Closomat makes a big difference,” added Tom.

Closomat’s Palma Vita can be adapted initially, or retrospectively, as the user’s needs change to accommodate for different conditions.