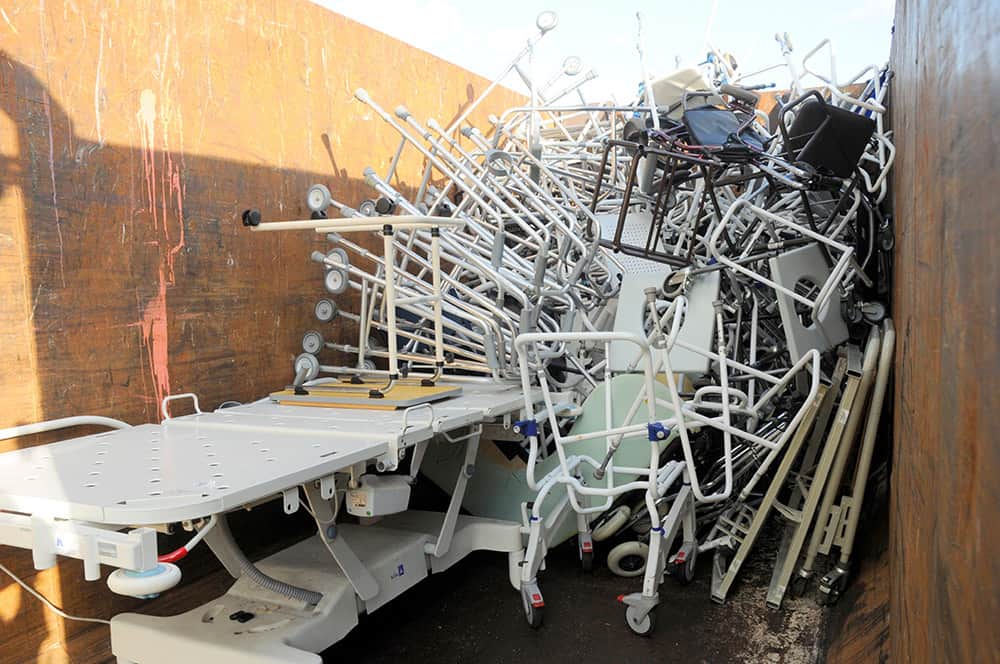 An article entitled ‘Obscene NHS waste exposed’ has been published by The Moorlander, a free newspaper in the Dartmouth area. It claims that the NHS is scrapping millions of pounds of equipment every year, much of it unused.

Photographs have been used that the newspaper says shows the scale of the problem, with crutches, walking sticks, hoists, wheelchairs, walkers and other products all going to be scrapped.

They say that Pluss, the company handling the returned equipment, are not to blame for the situation, but are just dealing with the problem. The company points out that nothing goes to landfill. 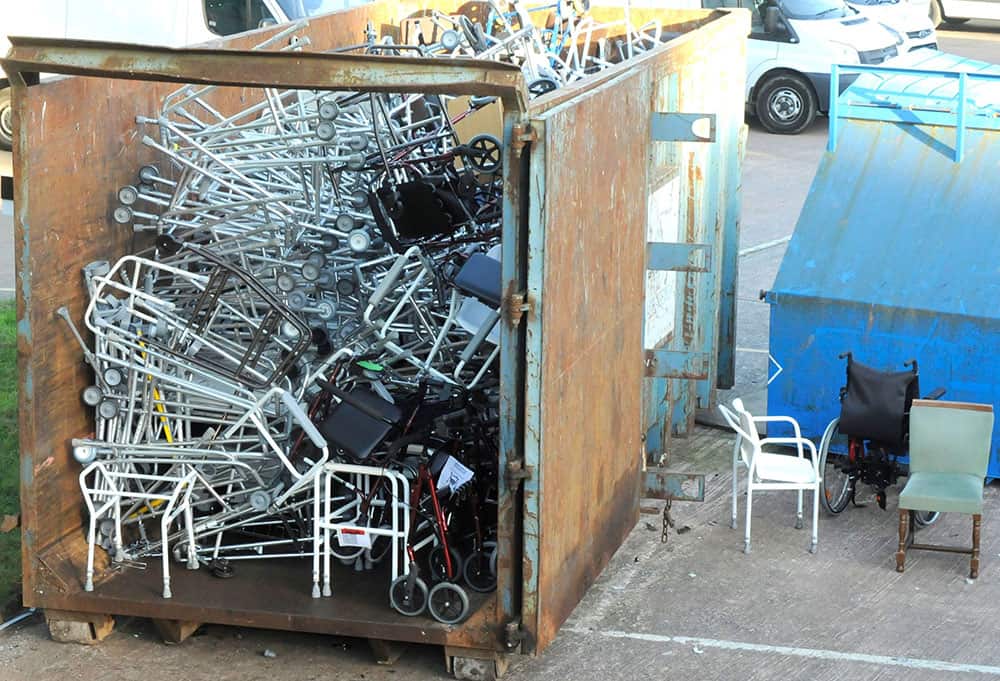 One retailer who was interviewed told the paper that he had just visited a nursing home and was given 30 packs of adult sanitary towels still in boxes, never opened. He says that they sell in major chemists for £12.50 per pack.

You can read the full article on the paper’s website at http://themoorlander.co.uk