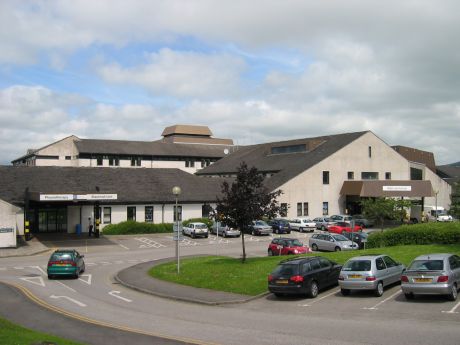 A North West NHS Foundation Trust has been fined over its inappropriate management of the use of bedrails at its hospitals.

Following a guilty plea in Carlisle Magistrates’ Court the District Judge referred the case to Carlisle Crown Court for sentencing.

HSE told the court that University Hospitals of Morecambe Bay NHS Foundation Trust failed to ensure that they managed the risk of bedrails, which is a fundamental element of patient safety for which extensive and comprehensive guidance on risk, management and policies existed.

An initial HSE visit to the Trust in February 2012 identified issues with bedrail management, and a second visit in May 2012 resulted in the service of an Improvement Notice (IN) on bedrail management and a letter with recommendations.

The Trust identified actions to improve bedrail management, but failed to implement them. When the Trust was inspected in July 2013, inappropriate bedrails were found to still be in use and management systems were not appropriate to manage the risk. A further IN on identification and maintenance of third party bedrails was served.

The Court was told that the Trust had a policy on bedrail management but did not have the systems or procedures to underpin the implementation of the policy.

Morecambe Bay NHS Foundation Trust, that has its headquarters at Westmorland General Hospital, Burton Road, Kendal, Cumbria, admitted breaching Section 3 (1) of the Health & Safety at Work etc. Act 1974.and was fined £100,000 and ordered to pay full costs of £18,465.

After the hearing, HSE Inspector Carol Forster said: “The need for adequate risk assessment and management of third party bedrails has been recognised in the healthcare sector for a number of years and guidance and advice has been published by the relevant bodies to this effect.

“Bedrails are used to protect vulnerable people from falling out of bed but the risks from inappropriate use of bedrails include the risk of entrapment by the head or neck, potentially leading to injury or asphyxiation.

“In this case there was a lack of management systems to recognise the risk of bedrails, apply standards and safety alert information, and a corporate failure to prioritise the need to manage bedrails effectively.

“The Trust failed to comply with the expected standards and I hope this case will send a strong message to others with responsibilities for bedrail management.”

For more details on bedrail regulation, go to www.hse.gov.uk/healthservices/bed-rails.htm