BREAKING: DFGs in the spotlight as Channel 4 coverage reveals people can wait three years for adaptations 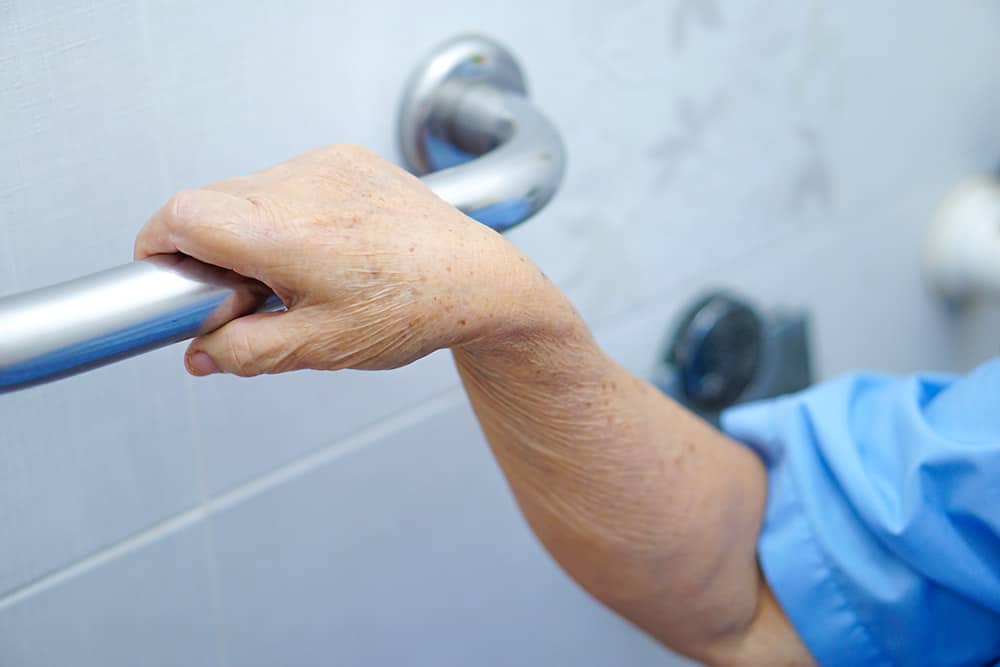 Channel 4 shone a spotlight on the Disabled Facilities Grant (DFG) in its news report last night (Tuesday 5 April 2022) and what the grant process looks like throughout the UK, after working with the Bureau of Investigative Journalism to uncover how long some disabled people are waiting for vital adaptations to their home.

The bureau’s research shows that in some areas across England, people are left waiting for up to one year for an initial DFG assessment, and, in other areas, there is sometimes a staggering two- to three-year wait for home adaptations to be completed. It means some disabled people are confined to the downstairs part of their homes only, unable to independently get upstairs, go into their back garden, or go to the toilet in private.

The Channel 4 report took an in-depth look at what the DFG is and some real-life cases of where people have encountered issues with the funding process.

DFGs are capital grants that are available to people of all ages and in all housing tenures to contribute to the cost of adaptations. This includes adaptations for people with both mental and/or physical disabilities, as explained in the UK Government’s recent DFG best practice guidance for local authorities in England.

DFGs can provide funding for a wide range of assistive technologies to support people in and around their homes as part of adaptations, such as homelifts, stairlifts, wash and dry toilets, grab rails, and level access showers.

In England, Northern Ireland and Wales, DFGs are available through councils.

The DFG is not available in Scotland, but the Scottish Government has a page on how people in Scotland can access housing adaptations here.

UK Government rules mandate that adaptations are approved and completed within a maximum of 18 months in England and Wales once a council has received a completed application form. However, this statutory time limit does not include the time it takes to be assessed as eligible to apply or any of the steps taken before the application goes in, the bureau highlights.

The Bureau of Investigative Journalism’s research, which shows how long the entire process takes, starting from someone’s first contact with their local authority, indicates disabled people could easily be waiting two to three years for an adaptation.

The bureau sent Freedom of Information requests to all UK local authorities and the Northern Ireland Housing Executive (NIHE) to uncover the extent to which access to a DFG, and the wait involved to complete adaptations, are a postcode lottery.

Findings show that in 10 council areas in England and Wales, disabled people wait, on average, more than a year before they can even submit their formal application for the grant. Much of this time, according to the figures, is waiting to be assessed by an occupational therapist (OT) or similar person.

Some areas of Northern Ireland had wait times of more than three years, according to the NIHE’s figures. In some places in Wales, the average wait for an assessment was a few days, but in Newport it could be up to a year, the research unveiled.

Channel 4 Correspondent Ruben Reuter met with some people in England who have encountered difficulties with the DFG process.

One 15-year-old boy, Finley, described how he had to resort to using a toilet in his kitchen, without any privacy or dignity, due to a lack of accessibility in his home. As Finley uses a wheelchair, he also had to rely on his mum to be carried upstairs.

They waited nine months for a housing adaptation. His mum said that there was “a lack of urgency” to find accessible solutions for Finley and that the whole DFG process took a very long time.

Finley eventually had a stairlift installed through DFG funding, which now enables him to go upstairs independently, without relying on his mum to carry him. However, he is still waiting for ramps to be installed in his home, so that he can get through his front door and into the back garden, highlighting that not all adaptation work is carried out at the same time.

For some families, even after a DFG has been awarded, the money provided is not always enough. There are variations in the amount of funding offered throughout the UK, which leaves some families searching for other ways to raise funding for essential home adaptations, Ruben found.

Lauren and Rianna Campbell-Thompson told Ruben that the budget for their overall home adaptation project costs around £100,000, but that the DFG only offers £30,000 in England. They turned to crowdfunding to raise additional funding and secured another £30,000, roughly, through this method.

The family described the DFG process as “exhausting” because of having to chase different councillors, OTs, and MPs to make progress with their home adaptations.

The DFG process starts with an occupational therapist (OT), and it can take up to eight months to see one, according to the bureau’s research.

On the Channel 4 news report, Ruben asked Karin Orman, from the Royal College of Occupational Therapists (RCOT), why some disabled people are waiting longer than others for an assessment.

Karin underlined the importance of collaborative working in speeding up the assessment process: “Where we know that services are getting it right is where they’re taking a joint-up approach, and so housing, social care and the NHS are working in partnership. Having more occupational therapists in place means quicker processes leading to better health outcomes for people, and that improves people’s quality of life.”

By the time the OT gets to the disabled person, the family is often desperate for an adaptation, the Channel 4 report outlined.

Ruben also spoke to Kate Sheehan, Director of The OT Service and an independent OT, about whether OTs know how long it will take for adaptations to be carried out after an assessment.

Kate said: “We don’t. It’s very much a postcode lottery. In some areas, you might wait just weeks to get approval. In some authorities, it can take months.

“When I have clients where they can’t achieve that sense of freedom, independence and dignity, it impacts on you emotionally, but the impact on me is nothing compared to the impact on our clients.”

Support for OTs with the DFG process

The Department for Levelling Up, Housing and Communities (DLUHC) says that, since 2010, it has provided councils with more than £4 billion funding to deliver around half a million home adaptations in the UK. However, DLUCH reinforces that it is now “crucial” for adaptations are delivered quickly, and that these lengthy waiting times for adaptations are reduced.

Several councils told the bureau they were struggling to recruit and train enough OTs to provide quick assessments. They also pointed to the pandemic as a reason for delays in accessing homes for assessments and building work.

Foundations, the national body for home improvement agencies in England, and which is funded by DLUHC and was heavily involved in producing recent UK Government guidance on DFGs, provides a range of free resources to support local authorities and OTs with the DFG assessment process.

This includes the AdaptMyHome DFG self-assessment portal for clients, which is designed to streamline the DFG process, cut lengthy council waiting times for adaptations, and advise clients on the options they have and the support they can access.

The body also recently launched a new adaptations triage tool to help identify when a trusted assessor could be used to manage non-complex cases. It is designed to help free up OTs’ time to focus on the complex cases where their skills and knowledge are most effective in assessing and supporting the design of the adaptation.

Read all about the new triage tool, how it works, and why it was set up, in Foundations’ exclusive article for AT Today.