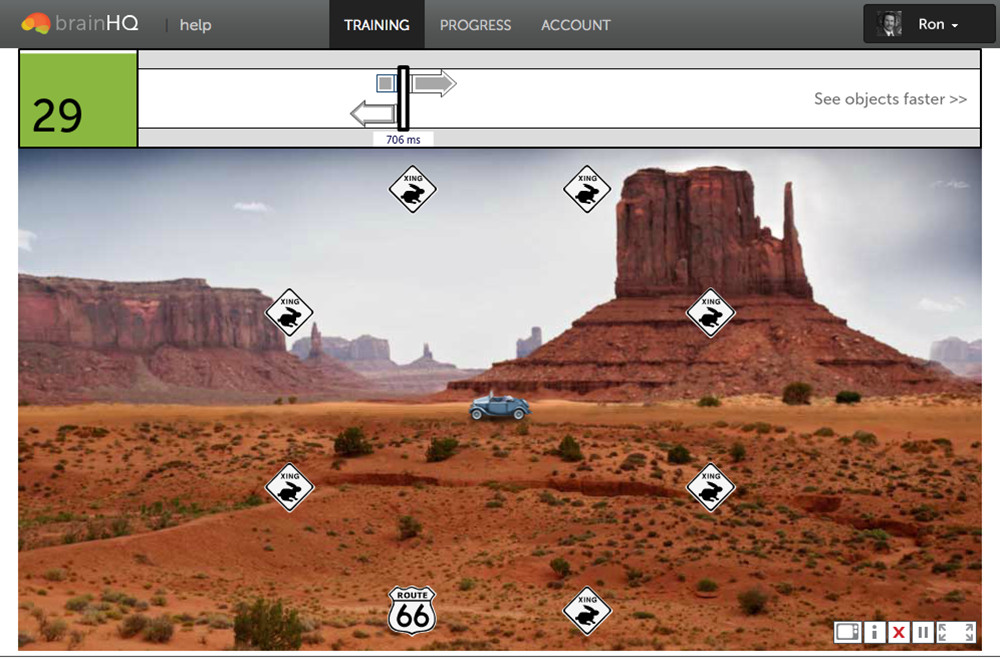 New research has discovered a specific form of brain training that has the potential of reducing the risk of dementia by almost 50 percent in healthy adults.

Researchers announced breakthrough study results in late July, indicating that a particular form and dose of brain training can reduce the risk of dementia by 48 percent over a ten-year period in cognitively healthy, community-dwelling older adults.

Dr. Jerri Edwards of the University of South Florida revealed the results from a 10-year, longitudinal study at the Alzheimer’s Association International Conference in Toronto. These are the latest results reported from the Advanced Cognitive Training for Independent and Vital Elderly (ACTIVE) study, a multi-site, randomized controlled trial funded by the National Institute on Aging.

The ACTIVE Study enrolled 2,802 healthy adults aged 65 and older, who were randomized into four groups:

Participants in the ACTIVE Study were measured on an extensive battery of standardized assessments, including primary outcomes related to speed, memory, reasoning, and functional performance, and secondary outcomes related to mood, confidence, self-rated health, predicted healthcare costs, and driving. Participants were assessed at the beginning of the study, after five weeks of training, and at one, two, three, five and 10 years after training.

This is the first report of results on the incidence of dementia at the 10-year mark.

After adjusting for other variables indicating risk for dementia (e.g., race, sex, mental status, physical status, depressive symptoms), participants who were asked to engage in more than 10 sessions of the computerized brain training showed a 48 percent reduction in the risk of dementia as compared to the control group.

Participants in the speed of processing training engaged in a task designed to improve speed and accuracy of visual attention, including both divided and selective attention. To perform the divided attention training task, a user identified an object at the center of gaze while simultaneously locating a target in the periphery. With each correct response, the presentation time became faster, and the targets became more similar.  At more advanced levels, distractors obscured the peripheral target, engaging selective attention.

In prior reports from the ACTIVE study, participants using this exercise have been shown to have better performance than the controls on a number of measures, including, performance in standard measures of everyday activities, mood, confidence, self-rated health, predicted healthcare costs, and driving.

The exercise was developed by Dr. Karlene Ball of the University of Alabama Birmingham and Dr. Dan Roenker of Western Kentucky University. It is now exclusively licensed to Posit Science Corporation, and is available as the “Double Decision” exercise of the BrainHQ.com brain training program.

“This is an exciting new study result,” said Dr. Henry Mahncke, the CEO of Posit Science.  “It fits nicely with results on our exercises and assessments reported in other studies on cognition and aging, as well as with studies on clinical populations.”

To find out more about the new exercise, visit HERE