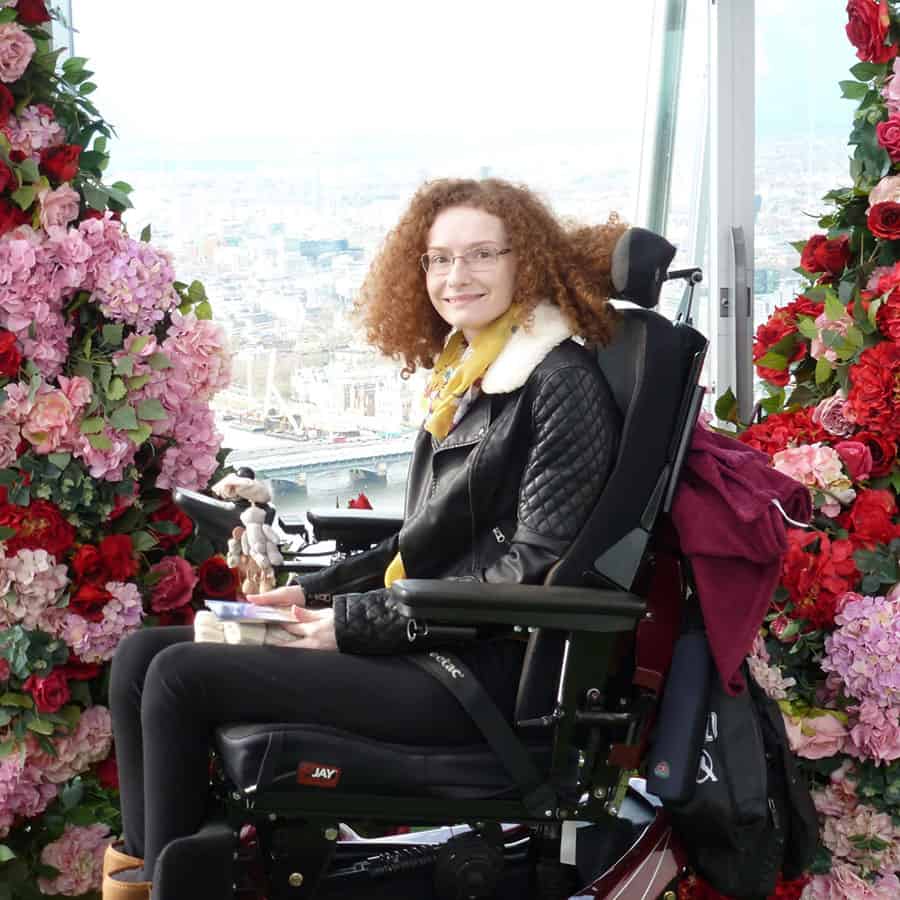 29-year-old Hannah Deakin’s life took a dramatic turn on the netball court after suffering a severe ankle injury as a teenager. However, with the help of the Silicone Ankle Foot Orthosis (SAFO) from Dorset Orthopaedic, she is now more supported than ever and uses her voice to change perceptions and attitudes towards disability.

Keen sportsperson Hannah, from Walton on Thames, was enjoying netball – the game she loved – when tragedy struck at the young age of 14. Hannah suffered a serious injury during a game causing nerve damage, which resulted in triggering Complex Regional Pain Syndrome (CRPS); a condition that causes intense pain and long-term sensitivity in the limb and skin, but can also spread to other areas of the body.

“I had high aspirations when I was young like going to University, becoming a physiotherapist or doctor, getting married, having children and doing well, but little did I know how my life would change,” explained Hannah. She spent months on crutches before her condition deteriorated and spread to her other leg, leaving her in a lot of pain and confined to a wheelchair.

Before long, Hannah was admitted to her local hospital and then University College Hospital, which became her home for four years. From the ages of 15-19, Hannah spent day and night in her hospital bed away from her family and friends.

During this time, Hannah developed several secondary conditions including osteoporosis, dystonia, hypermobility syndrome and functional neurological disorder. She also suffered a spiral fracture of her femur.

“Some days I was taking up to 40 tablets a day as well as enduring a number of surgeries,” said Hannah.

This was an incredibly difficult time emotionally as she spent several years bedbound before then being able to use a wheelchair. Nevertheless, Hannah was determined to take her maths GCSE whilst in her hospital bed.

She said: “When you are reliant of others, it makes you realise how people treat and respect your feelings.”

After years of being in hospital and battling her condition every day, Hannah was granted a wish from Starlight Children’s Foundation to have a holiday in London, sightseeing and shopping.

“My wish was a wonderful experience, it gave me the chance to create some happy memories and share them with family in a time when there was little positivity,” Hannah added.

“Initially, I had 24 hour nurses but slowly made amazing progress with a lot of daily physio and support from specialists,” she commented. Their aim was to make it safe for Hannah to stand. After daily injections to rebuild her bones, she was given a specialist standing frame that pulled her into a standing position.

She remembered: “My ankle joints were very unstable, my feet were rolling outwards so I was only weight bearing on the outer bones on the side of the foot and they were constantly swollen and painful.”

To help with this next challenge, Hannah trialled an NHS ankle support to stop her feet rolling outwards, but the tougher material did not suit her.

“I have quite bony feet and due to the CRPS my legs are very sensitive”, she said. “I stood for 10 minutes, took the brace off and my feet were scarlet with the pressure, so I couldn’t wear them as I would have got a pressure sore.” 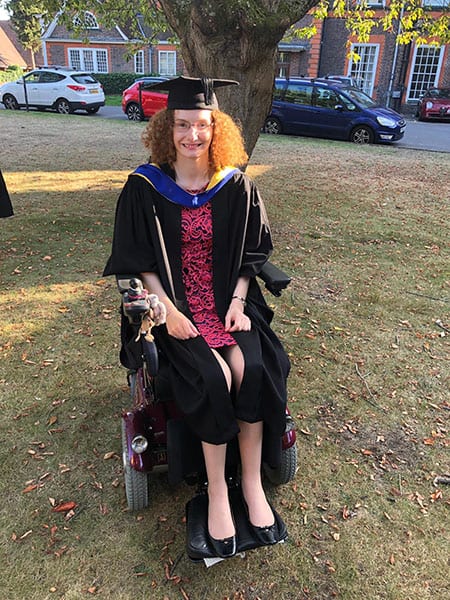 Hannah’s physiotherapist had heard about the supportive and flexible properties of the Silicone Ankle Foot Orthosis (SAFO), made exclusively by Dorset Orthopaedic, at that time and recommended she get casted for her first one.

When she tried it out, Hannah noticed an immediate difference: “Although my feet still roll slightly, they roll a lot less with the SAFO. When I don’t have a SAFO on, my feet roll out so significantly I’m only weight bearing on the side of my foot, they definitely have given my feet the support for the weakness and flexibility, it stops them rolling and therefore they are not as inflamed and not putting pressure where it shouldn’t be.”

Another benefit to Hannah’s lifestyle is the SAFO’s waterproof nature. She found she could wear the SAFO in the water during her hydrotherapy sessions and was surprised that it remained so secure on her feet in the water without slipping.

“When I took them in to be re-velcroed, I realised I couldn’t take a step without them, they make an amazing difference,” she added.

Looking ahead, Hannah is focused on conquering her next challenge of being less reliant on her powerchair and eventually would like to walk outside on an uneven surface with the help of her SAFO and four-wheel walker.

Despite her struggle with CRPS, juggling physiotherapy appointments and hospital visits, Hannah has made a huge leap forwards in her personal life. Last year, she completed her AAT with a distinction and is currently completing her first work experience in accounting with an established firm.

“Life doesn’t always go to plan, but quite often new situations and opportunities open up that maybe you wouldn’t have had,” Hannah concluded. “Although it’s really difficult and not the life I’d hoped to have, it’s not always as catastrophic as you may initially think.”

Hannah strives to help others in similar situations by writing about her own experiences in her blog and raises money for Starlight Children’s Foundation by selling handmade cards. She likes to use her voice to change perceptions and attitudes towards disability, and in recent years, presented a TEDx talk at her old school about adjusting to life post-disability.

She is also an ambassador for White Lodge, a charity that supports disabled children and adults, with whom she does speeches and workshops with, raising awareness of disability and the charity.

By speaking about her journey, Hannah hopes she can inspire others to move forward from their challenges and encourage everyone to see the person behind the disability.

For more information about Dorset Orthopaedic’s range of products and services, visit: www.dorset-ortho.com