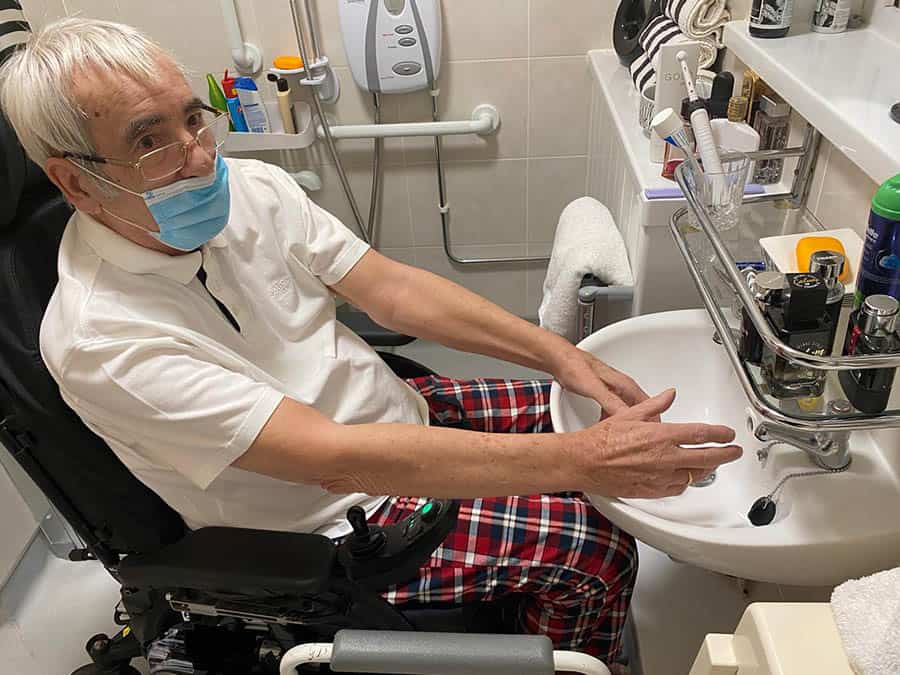 Ropox, a UK manufacturer and supplier of accessible bathrooms and kitchens in domestic and care environments, has recently completed the installation of its first QuickWash basin.

The QuickWash is the latest innovation from Ropox. The unique design enables the basin to not be height-adjustable and come forward from the wall, meaning the user does not have to bend or reach from their wheelchair, which can cause a negative effect on their posture.

The first person in the world to benefit from this latest addition to the Ropox portfolio is Mr Mann from South Wales. Mr Mann has always been determined to live as independently as possible without having to rely on care staff coming to help him with daily tasks.

His occupational therapist (OT) from Physical Adaptations explains: “As is often the case when working in a domestic property, Mr Mann’s toilet/wet room is a very confined space. One of his biggest issues was being unable to get close to the basin from his wheelchair which meant simple tasks such as washing his hands or shaving were leaving him increasingly frustrated and he would often have to change afterwards as his clothes had got so wet.

“Additionally, when positioning his wheelchair as close as possible to the basin, Mr Mann would often knock his feet against the boxing underneath the sink and this was becoming a concern as his condition means he has limited sensation in his feet.” 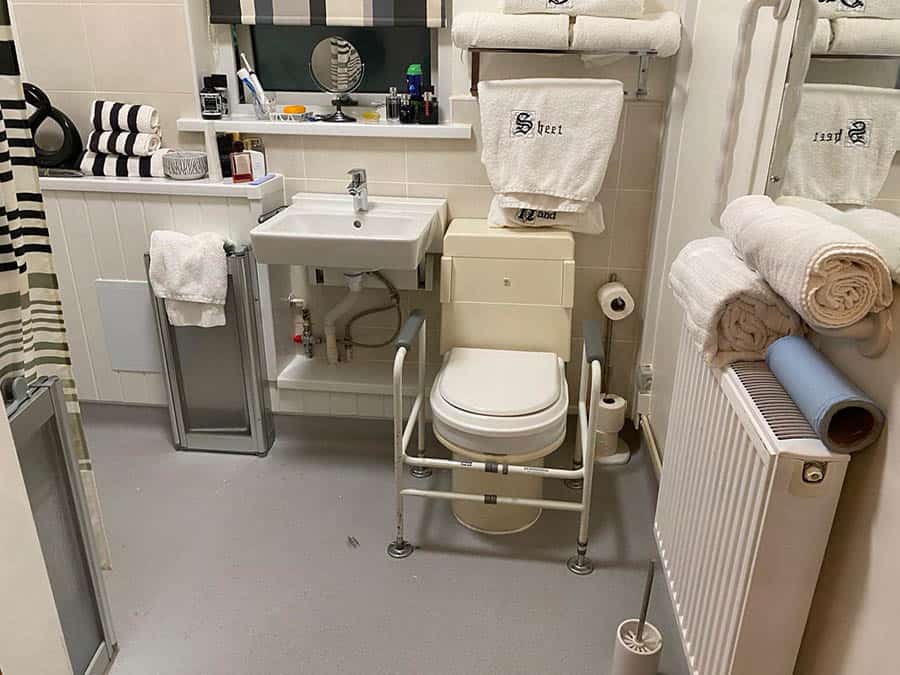 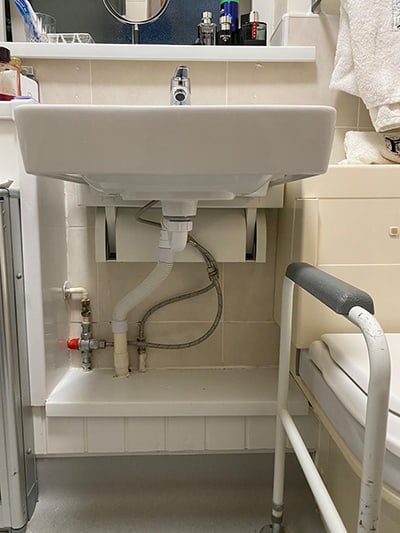 Due to the lack of space available, the OT involved knew the choice of solutions was going to be limited until she heard about Ropox’s latest product.

The QuickWash requires no electrics, making it easy to install, and when in the initial up position, the 500mm wide basin’s projection off the wall is 530mm and 630mm when lowered.

For wheelchair users like Mr Mann, the basin can be lowered from its fixed point by 140mm and out from the wall by 100mm, making it the ideal solution as they require additional leg room and have difficulty reaching a standard wall mounted basin.

The intuitive design means that the lowering and raising motion requires very little effort as it is almost weightless, while the range of height adjustment available ensures the basin can be used by all the family. At under £1000 fully installed, Ropox says the basin offers excellent value for money.

Mr Mann’s OT concludes: “Mr Mann is delighted with his new basin as he can now access the taps and water easily once the basin is in position and the water now remains in the sink when washing or shaving as opposed to splashing out meaning his clothes are still dry when he has finished.

“The basin has been truly life changing for Mr Mann and I am so grateful to Ropox for coming up with this latest product.  He no longer has to bend or reach forward to use the sink which means his posture is always supported resulting in greater levels of comfort while the independence it provides him with has reduced the need for additional support such as future care packages.

“Here in South Wales, properties with confined toilets and wet rooms such as Mr Mann’s is an issue we often come up against, so it is fantastic to know there is now a basin solution which is cost effective, easy to install and will work in such settings to help our clients live as independently as possible.

“I would urge other OTs with clients in a similar situation to consider this great new product.”

For more information on the QuickWash basin along with the full range of accessible bathroom and kitchen solutions available from Ropox or to book an assessment call 07444 577609, visit the website or email ms@ropox.co