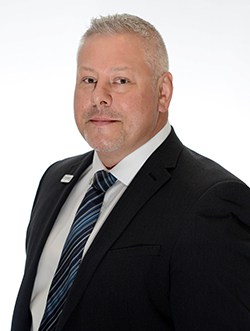 Bryon Chappell of Impey Wetrooms shares his knowledge of dementia-friendly bathrooms, outlining the most important considerations for design and usage.

As a space which is used daily, it’s important that the bathroom is a non-threatening environment for those with dementia. Taking into account the mental and Physical challenges brought on by dementia, it’s important to consider the safety, security and of course dignity of the individual who will be using the bathroom.

Due to the progressive nature of dementia, it is also imperative to plan for future needs as well as present circumstances, as adaptations done in the later stages of dementia can be counterproductive causing apprehension, confusion or distress.

Bearing in mind the stage at which the resident’s dementia has been diagnosed, ideally, adaptations should be carried out directly after an early-stage diagnosis.

Those with later stage dementia may not react well to or benefit from significant refurbishments as the sudden alteration of surroundings can cause undue stress and possible disorientation. 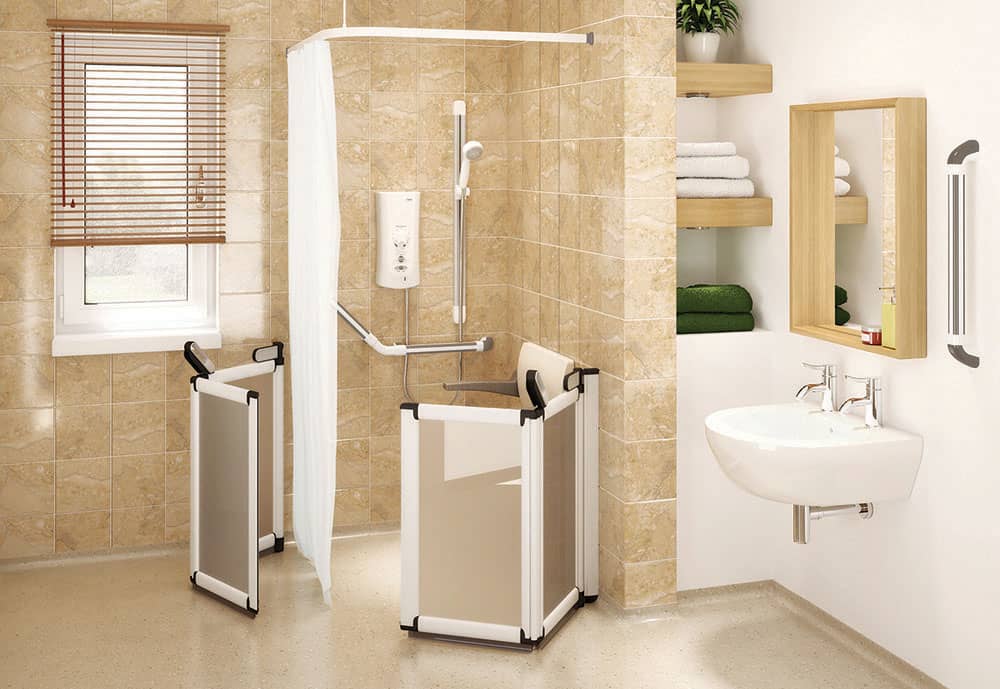 A dementia-friendly bathroom adaptation would typically include the following:

Importantly, government statistics indicate that those with dementia are twice as likely to fall as others within the same age group, making falls prevention a key focus within bathroom adaptations.

Installation of a level access wetroom or low-level showering area reduces trip hazards within the wet areas of the room and helps to prevent slips and falls.

Impey offers a large selection of pre-fabricated wetroom floor formers, which when fitted with the WaterGuard waterproofing solution, enable the creation of a leak-free wetroom with an appropriate 1:40 drainage gradient, to guard against pooling or potential flooding. Designed and manufactured in the UK, Impey’s floor formers are strong and rigid, able to easily support a showerer in a wheelchair and their carer, if needed.

If a wetroom isn’t appropriate for the location, a low-level shower tray with slip resistant surface is a safe alternative. It’s best to avoid coarse, paint-on slip-resistant surfaces or harshly textured shower trays, as the unexpected sensation can be uncomfortable and distressing to those with dementia. One way in which to make an informed shower tray choice is to assess the slip resistance of the tray base. Shower trays which have been accurately tested for slip resistance will carry a DIN 51097 rating; having been officially evaluated for slip resistance in barefoot conditions using soapy water as a contaminant. Impey’s ultra-thin ‘Mantis’ shower tray has the lowest step-height on the market at 24mm and is certified as DIN 51097 Class B.

Effective colour contrast is a fundamental factor in dementia-friendly design. In the bathroom, a selection of well-placed grab rails which contrast vividly with the colour of the walls enables easy visual identification and can help dementia patients negotiate their way around the bathroom effectively; in turn minimising the potential for slips or falls. 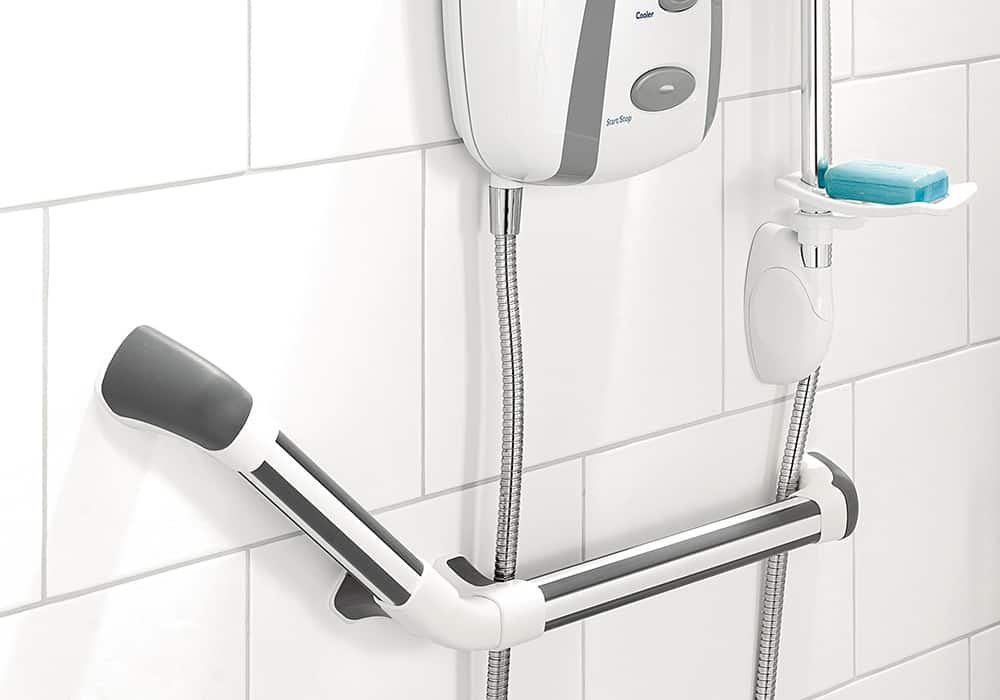 Simple additions like contrasting toilet seats, toothbrush holders and towels make for easy identification and removes uncertainty or panic within the bathroom environment. 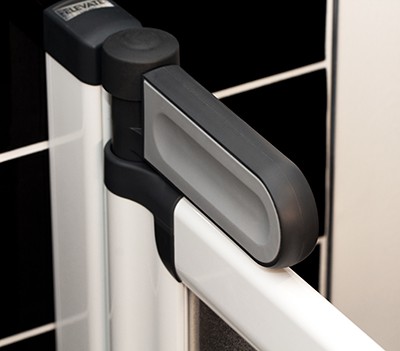 Strategic colour contrast is an intrinsic part of many of the Impey core healthcare product range, making the range suitable for dementia-friendly adaptations in residential and healthcare settings. Three key areas of focus for these products are shower seating, grab rails and shower doors.

The growing selection of colour contrast bathroom products available includes grab rails, shower screens and shower seating. The recently released ‘Elevate’ half-height shower door from Impey features contrast handles to aid recognition, along with fully-enclosed hinges to prevent finger traps and soft-touch, tactile open and close mechanism which can be operated easily by those with a weaker grip.

Some people with dementia can lose the ability to recognise their own reflection and may be alarmed by seeing themselves in a mirror or reflective surface. Ideally, mirrors should be removable or have the option to be covered, to avoid undue distress.

An electric shower, with scald-prevention thermostatic controls, is the preferred option for dementia-friendly bathrooms. Many inclusive showers have colour-contrast buttons to enable ease of use. Mixer showers are not recommended because the reflections in the mirrored surface can be cause for concern to a dementia patient as mentioned above. 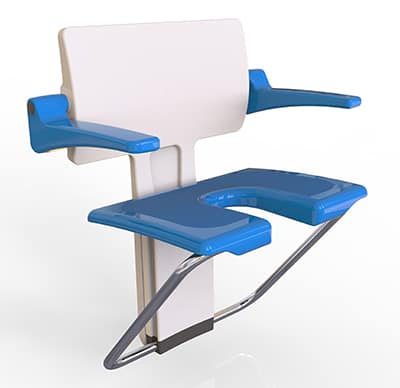 Colour contrast shower seats like Impey’s Slimfold wall-mounted shower seat is easily identified and can provide a much needed and comfortable seating option for shower areas and wetrooms.

If pumped drainage is required, the pump should be sited where it’s unreachable; either boxed in or located in an adjacent room. It is possible to specify wastewater pumps with reduced noise output, which can be beneficial to dementia patients who can be disconcerted by sudden or unexpected noises.

As many dementia patients become less aware of their surroundings, flood prevention is a significant issue. The new Whale wireless anti-flood shower and pump combination, available from Impey has inbuilt flood-protection measures; specifically, if the pump is accidentally switched off, the shower cannot be operated.

Appropriate lighting is incredibly important within a dementia-friendly bathroom adaptation, as poor lighting can cause nervousness, apprehension or fear; leading to slips or falls. 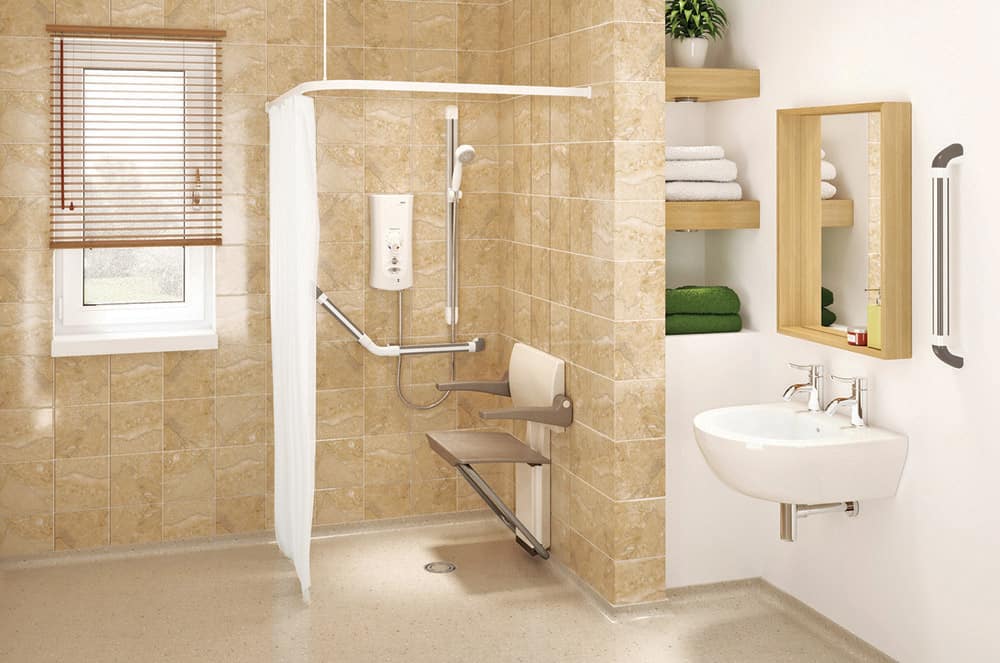 Even and consistent lighting, which eliminates areas of shadow or pools of darkness, will give a sense of greater safety. For example, fluorescent strip lighting can be replaced with evenly spaced recessed moisture-resistant lighting. Numerous adjustable light sources are preferential to fewer very bright ones; helping to minimise glare and create increased light levels simultaneously.

Bryon Chappell is coordinating a dementia design workshop as part of the Doing Dementia Design 2017 conference in Liverpool on 14 – 15 September. Hosted by Liverpool Dementia Action Alliance (LDAA), the specialist conference will promote the use of dementia-friendly design principles across all buildings, places and spaces.  To find out more about the event or source tickets, visit: www.doingdementiadesign.com

For further information about the comprehensive range of bathroom adaptation products available from Impey including wetroom and showering solutions for domestic and healthcare settings visit: www.impeyshowers.com/care-solutions