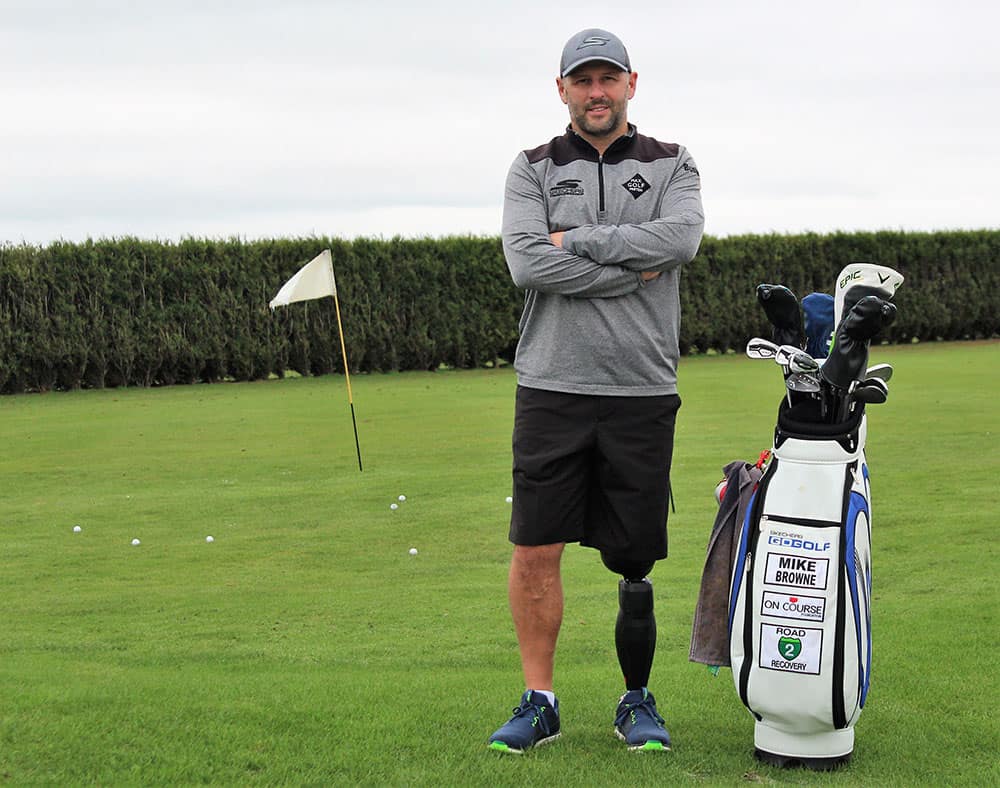 Just five years after losing his leg through the knee, golfer Michael Browne is shooting for his best season yet on the professional circuit, with the help of his Ottobock Genium X3 microprocessor knee and adjustable socket from ProActive Prosthetics.

This year, he’s playing at more than 25 different Pro Tour and open competitions, including his defence of the South African Open and the qualifier for arguably the biggest trophy of them all, The Open.

Michael said: “I’ve missed out on qualifying on The Open by one shot the last two years. Each time I doubled on the 16th. This year I’m determined to make it. I’ve got a good feeling about this season.”

In preparation for his busy schedule, Michael goes to the gym regularly and practices daily at his home club, High Post Golf Club, near Amesbury in Wiltshire.

He’s in his element on the grass driving range — in fact, he’s one of the longest drivers in the world, having struck the ball at an airfield more than 550 yards.

But it’s not just his impressive skills which have earned him a spot on golf’s biggest stages. It’s his determination to overcome the odds and the prosthetic leg he wears. 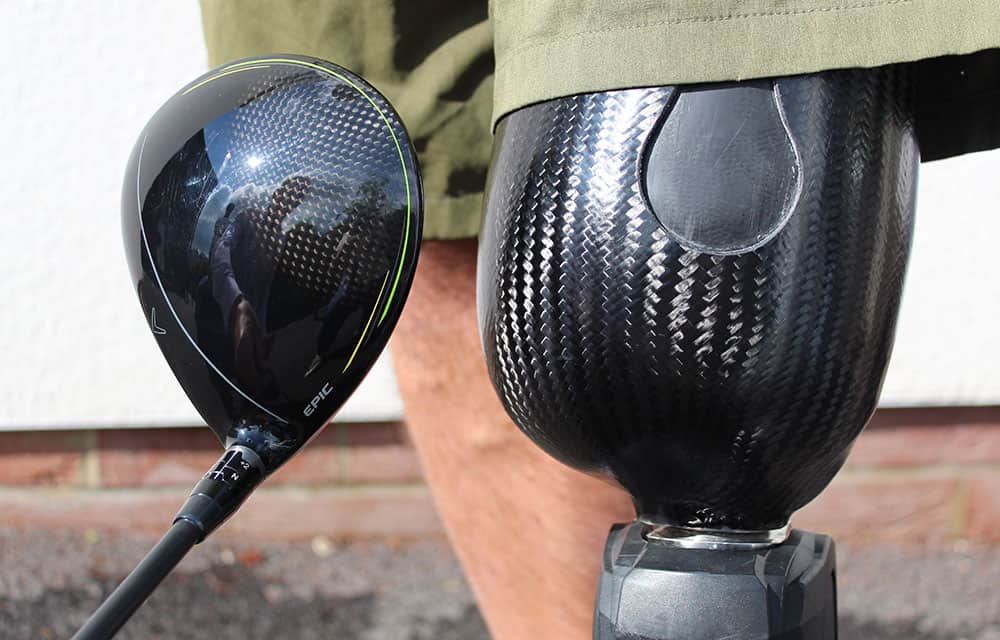 The former Royal Artillery Bombardier lost his leg through the knee in May 2014, two and a half years after he broke his leg in a training accident. Between the accident and the amputation, Michael underwent 24 operations to try to repair the damage caused by the initial injury and subsequent infections.

Three months after his amputation, and wearing the world’s most advanced microprocessor knee, the Ottobock Genium X3, Michael got his first handicap at High Post. Golf provided Michael with new focus, new friends and new challenges.

“Before I’d ever picked up a golf club I’d been sitting indoors for six months, I didn’t leave the house. Golf wasn’t about going pro at that point, it was about building my confidence up, and meeting new friends. Golf replaced what I’d lost in the military,” he said.

But Michael clearly had a natural talent and by September 2016, he turned professional.

Carrying his golf bag around 18-hole courses every day, Michael found the Genium X3 to be a more than capable walking companion, especially with its water and sand-proof qualities – perfect for occasional sojourns to the bunkers or water hazards – and its stance control, which Michael uses for playing shots.

However, his socket – which secures the Genium X3 to his body – never quite fit well, especially when playing a round.

“It reached the point where it was really painful and the bone in my residual limb almost broke through,” he said. “It doesn’t really matter what you have as a prosthetic, if the socket is wrong it’s next to useless.”

All that changed when, thanks to his generous sponsor Jan Talenski, Michael had a new socket made by the specialist team at ProActive Prosthetics. His prosthetist, Richard Nieveen, made him an adjustable socket with BOA system, which allows Michael to fine tune the socket tension as required. 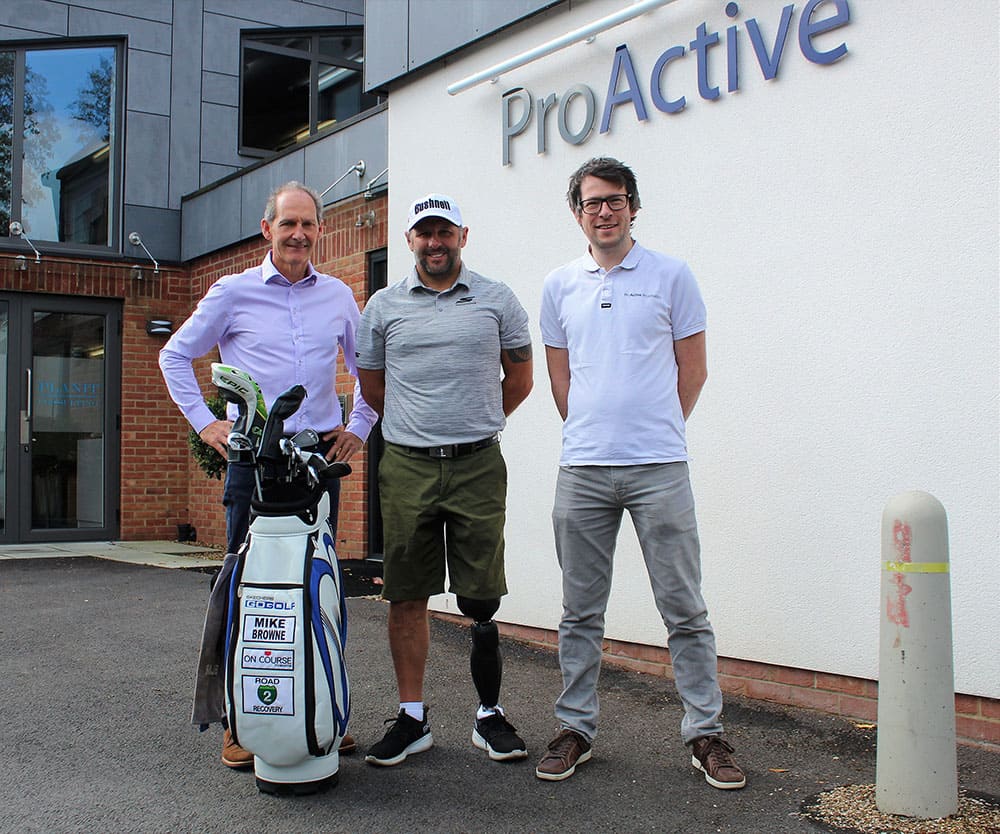 He said: “Having a socket like this is a bit of a dream to be honest. Finally I can experience everything the Genium X3 can do, and it’s like nothing can hold me back any more. I walk so smoothly that if I’m wearing trousers, no one would know I have a prosthetic leg. I’ve walked around eight 18-hole courses in five days, and I’ve had no discomfort.

“It feels good to know when I compete now that I’m going to be comfortable and not have any issues. I can be the best I can be, and that’s all I’ve ever aimed for.”

Richard commented: “At ProActive we are lucky to work with such great technology such as the Genium X3. But we know that without optimising the socket our users won’t get the benefits.

“Users like Michael challenge us to provide them with the best fitting sockets, playing 36 holes of golf in a day puts a lot of stress on the residual limb, therefore spending time getting the shape correct while utilising methods of evaluation used with elite athletes improves results and a successful outcome like the one achieved with Michael.”