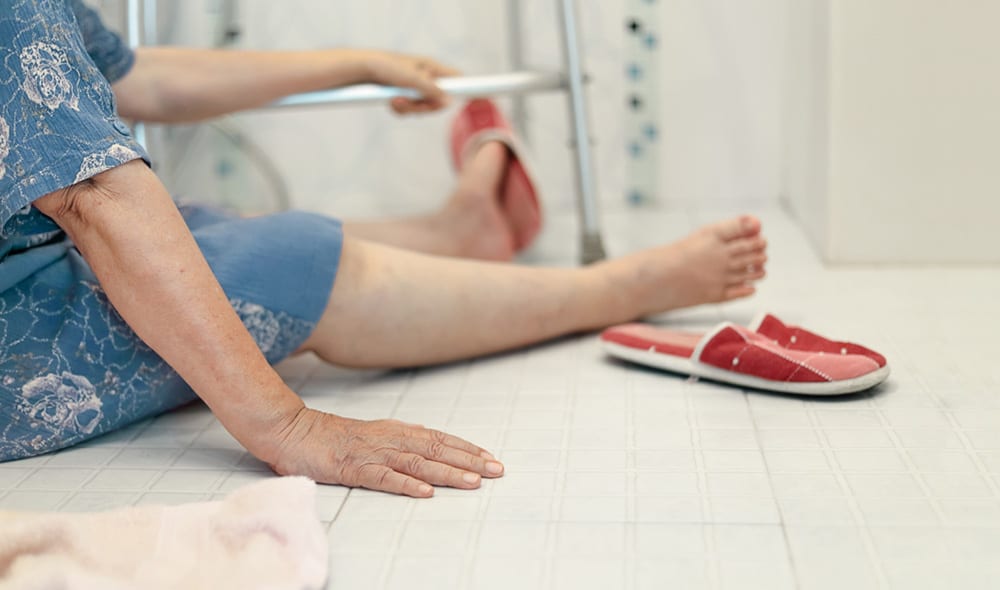 With technological advances in the world of healthcare constantly evolving at an ever-increasing rate, Gary Braithwaite, Director of Bayliss Mobility, examines if AI and machine learning are capable of changing the reactive process of responding to a fall to one of predicting when fall is imminent and possibly preventing an emergency.

Do AI and machine learning hold the key to predicting falls?

Wearable devices that can be triggered in the case of an emergency in the home have been popular for a number of years now. Often called a “lifeline button”, “pendant button” or simply a “panic alarm”, they are primarily aimed at vulnerable individuals at risk of falls. The device is typically used in conjunction with a telecare system, which notifies a building manager or warden in a housing scheme, or a central call-handling centre if used in a private dwelling. The appropriate help is then called for as quickly as possible.

The popularity of wearable technology followed the rise of static pullcords used widely in nursing homes and retirement living complexes. A simple portable button worn around the neck or wrist became the norm, as such a solution is far more reliable: it does not depend on the user being in one particular location within the property for an alarm to be raised.

To further protect the people who routinely wear this type of device, technological advances have allowed for buttons with inbuilt sensors, which register sharp movements and/or impact. These devices are known as “fall detectors”. If a person wearing this kind of device falls, the telecare system is activated as if an emergency button was pressed. This means that if a user has a particularly heavy fall and cannot push a button to call for help, they can still benefit from the same level of protection.

With this kind of device, the drawbacks of a static pullcord trigger are avoided, as is the need for a device to be physically activated by a button press by the user. This also allows people with dementia to use the device safely and without the risk of triggering a false alarm, as well as allowing protection in cases where the vulnerable person loses consciousness or is disorientated due to the fall.

The technological advances discussed so far mean that emergency response is more efficient, but, nonetheless, the devices are only able to register a call for help after the event. So far, this is a reactive process. We utilise much more practical and effective technology now than we did when pullcords were first introduced, but we continue to treat people after an emergency occurs, rather than looking to minimise the risks of or predict a fall.

There are, however, steps being made to develop proactive systems, where predictions are made about the likelihood of a fall in the home. Last year, it was reported that the University of Missouri had been investigating the possibility of using wall-based movement sensors across the home in order to analyse behaviours. This is a non-invasive method, as the sensors merely detect walking speed and length of stride — monitoring is not through the use of cameras.

The data collected from this study showed that a minor decrease in walking speed, as picked up by the sensors, indicates a highly increased risk of a fall. If, for example, walking speed decreased by 5.1cm per second, the pensioners studied had an 86 percent chance of falling within the next three weeks, compared to an only 20 percent chance when walking speed did not change. A decrease in stride length also predicted a similar result.

The fact that these data points can suggest the likelihood of a fall within a certain time period means that future novel technologies that measure this type of parameter could be used in conjunction with family, carers or local health staff. In other words, if there is a change beyond a certain threshold, this technology can then suggest that a trip to the GP or a temporary change in lifestyle should be undertaken.

To better understand the specific point at which there should be a concern for someone at risk of a fall while living on their own, much more research is needed. A slower pace may be an indication that there is something not quite right with somebody, but how much slower someone needs to be before an alarm should be raised is still far from clear. Furthermore, every person’s behaviour is different, and the systems through which this type of behaviour is measured will have to take this into account.

This is where machine learning and AI come in. A consortium led by Cambridge Bio-Augmentation Systems (CBAS) has been developing a system that analyses the daily movements of patients with orthoses and those at risk of a falls — not dissimilar to the work conducted by the University of Missouri. The consortium has recently been awarded just under a million pounds by Innovate UK to further this study.

The difference here, however, is that the technology being given to patients at risk of falls is wearable. It is potentially a precursor to a device that can replace the fall detector — it may even pave the way forward for a “fall predictor” device. There is a concern from social care workers that innovation has not been pursued enthusiastically enough, and that a healthy profit margin on tried-and-tested devices means that there is general stagnation in life-enhancing technologies.

However, Oliver Armitage, co-founder of CBAS, recently told Digital Health of his positivity about the industry’s role in pushing for truly new and innovative solutions to fall-related problems. “Having the support and validation of Innovate UK,” Armitage said, “shows the appetite for AI solutions in healthcare, and the enthusiasm of our partners shows the willingness of the industry to begin incorporating these types of solutions into their products.”

Proper, in-depth analysis of patient movement and changing patterns of behaviour in the home through machine learning will mean that there will be no simple and unsophisticated threshold for individuals to meet to be deemed at an increased risk of a fall. With machine learning and AI, there can be a constantly evolving dynamic where a database is continuously updated to better reflect the precursors to a fall. Trials with larger-sized samples of patients at risk of falls will result in plenty of raw data for these advanced learning systems to draw conclusions from, which can then be applied by the technology of the future.

The key will be, then, to hone the technology and work out the least invasive, best-value means by which to measure such parameters. The potential overall cost benefit of such strategies is clear. Wearable fall detection technologies are already being provided for free to at-risk individuals across Liverpool City Council, for example. This is an attempt to curb fall-related deaths — as people who have fallen are seen to by a medical professional much earlier than they would prior to having this technology — as well as decrease hospital admissions and reduce the strain on the NHS, where funding is being cut dramatically.

Providing a similar device that predicts, rather than detects, falls will mean more people will be able to live safely at home for longer. A fall predictor is less of a case of sticking a plaster on a complex problem — it will help at-risk individuals before the emergency even happens, unlike a fall detector. Further funding for projects similar to the one being undertaken by CBAS will see fall detection soon become a back-up to the more sophisticated — and potentially life-saving — fall prediction, just as a push-button should currently be seen as a backup to fall detection technology.

About the Author: Gary Braithwaite is the Director of Bayliss Mobility. With over 25 years experience in the mobility industry, Gary prides himself on making sure all his customers’ needs are met while delivering quality products that help people regain and retain their independence.