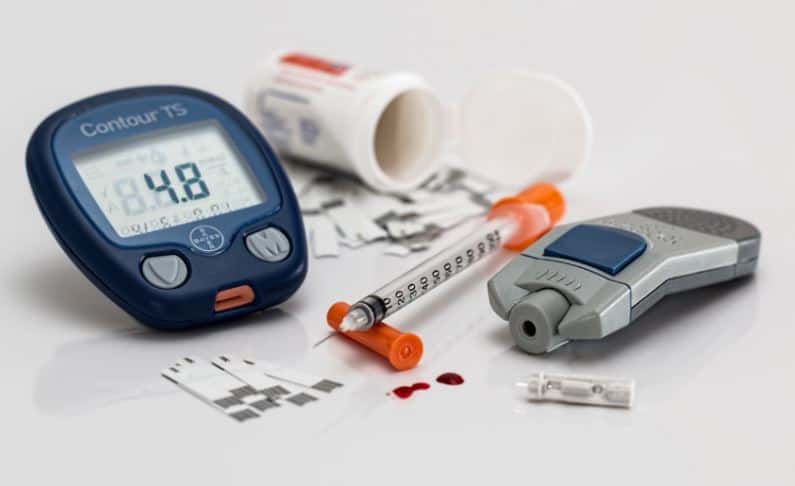 A flagship NHS diabetes prevention scheme has succeeded in signing up significantly more people than expected according to a comprehensive progress report published in leading academic health journal, Diabetic Medicine.

The report which is co-authored by experts from NHS England, Public Heath England and the charity Diabetes UK, charts the positive impact made by the Healthier You: Diabetes Prevention Programme during the early phase of its roll-out.

Around 90 per cent of all people with diabetes have Type 2 diabetes, which is closely linked to obesity and there is strong evidence to suggest it is preventable. A lack of exercise, poor diet and being overweight are all risk factors for developing the disease over time and the programme is designed to stop or delay onset through a range of personalised lifestyle interventions.

The first set of analyses offer an important snapshot in-time of the progress made by the world’s first nationwide Type 2 diabetes prevention programme during the early stages of implementation. Highlights from the report show:

Nearly half of those referred on to the programme attended their first session – far more than the 40 per cent originally planned for.

Attendance rates for men, for people from black, Asian and minority ethnic groups, and for individuals from the most deprived areas, suggest that the programme is reaching those who are both at greater risk of developing Type 2 diabetes, and who typically access healthcare less effectively.

Further analysis of the programme by NHS England and Public Health England reveals that the encouraging trends reported in Diabetic Medicine have continued – with an additional 70,000 people referred since March. In total there have been more than 110,000 referrals to date, which reflect its growing popularity and crucially, credibility among members of the public and the healthcare professionals involved.

In the last 18 months the roll-out has covered three quarters of the country, so that people already identified to be at risk can get the support they need and almost 50,000 people have taken advantage and started an assessment – with at least 5,000 people taking up places each month. The aim is to achieve full national coverage next year, with as many as 200,000 people referred and 80,000 on programmes in 2018/19.

This latest data also confirms what the progress report found – that just under half of those taking up the programme are men – a much higher proportion than typically attend weight loss programmes, while roughly a quarter are from black, Asian and minority ethnic communities, groups that are at significantly greater risk of developing Type 2 diabetes.

NHS England’s National Clinical Director for Obesity and Diabetes, Professor Jonathan Valabhji, said: “The growing obesity epidemic and the associated rising numbers with Type 2 diabetes are a public health crisis and cost the health service billions every year. The early signs from the programme are positive and across the majority of England, people at high risk of Type 2 can now get help through our prevention programme, with more than 110,000 people referred already and attendance rates clearly showing that the programme is reaching those that need it most.”

Dr Jenifer Smith, Programme Director at Public Health England, said: “Although early days it is very encouraging to see the Healthier You: NHS Diabetes Prevention Programme performance exceeding our expectations, based on the experience documented in the scientific literature. We recognise those taking up this offer are making a significant personal commitment; so we are exploring all options to make this as accessible as possible, including the use of digital technology.”

Chris Askew, Chief Executive of Diabetes UK, said: “With millions of people at increased risk of developing Type 2 diabetes, it’s essential that we do everything we can to prevent it before it develops. That’s why the work of the Diabetes Prevention Programme is so important in our fight against the growing diabetes crisis.

“It is particularly encouraging to see the programme reaching higher-than-expected numbers of men, and people from black, Asian and minority ethnic groups (BAME) communities. These are groups that, despite being associated with a higher risk of Type 2 diabetes, are not being reached effectively by commercial weight management programmes.

“The programme has made a strong start in its first year, and we look forward to understanding the longer term impact it makes in reducing the enormous burden of Type 2 diabetes on the health of the nation.”

Those referred on to the face-to-face programme get tailored, personalised help, which includes: education on lifestyle choices, advice on how to reduce weight through healthier eating and bespoke physical activity programmes, which together have been proven to reduce the risk of developing Type 2 diabetes.

The programme recently launched digital support to patients so more than 5,000 people are expected to benefit from a pilot project. It will see five companies and eight areas of the country test drive a range of apps, gadgets, wristbands and other innovative digital products.