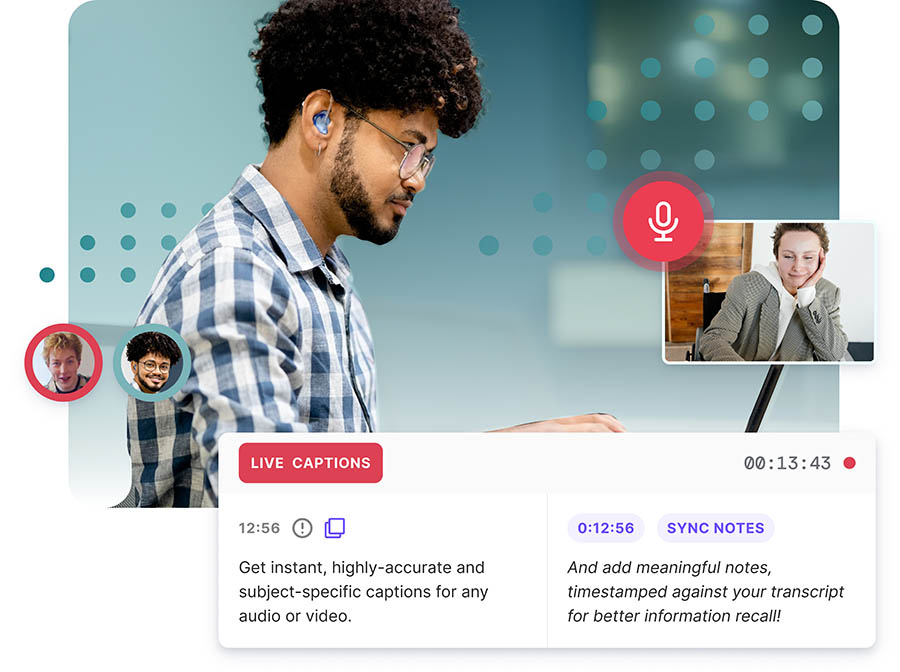 An upgraded version of clever assistive technology software for people who benefit from captioning, such as people with hearing impairments, those with additional learning need or people with dyslexia, is launching next month to allow individuals to take notes alongside their transcripts to ensure all information is captured.

Created by an NHS doctor, Caption.Ed provides accurate, multilingual, and subject-specific captions for any live or pre-recorded media, including face-to-face conversations. It is designed to break down barriers and allow people to participate more easily in education or in the workplace.

The next generation of Caption.Ed, developed by CareScribe, is launching on 4 April 2022, which will allow users to take meaningful notes alongside their transcripts so that they do not miss out on important information.

Users can annotate notes against any audio or video, highlight key information, and upload additional media to support notetaking. All Caption.Ed sessions are then available to revisit at a later date, so users can scroll back over what was missed, revise what was said, and recall why it was important.

CareScribe says this assistive technology solution was designed with accessibility at its heart, with an “unobtrusive” user interface and the ability to change text size or the appearance of captions to improve readability.

Additionally, the software can provide accurate captions to topics that use complex terminology such as health and life science classes, social sciences, or law, according to the developer. It also works across different languages including French, Spanish, Italian, German, Swedish, Dutch, Danish and Simplified Chinese.

Richard Purcell, CareScribe Director, said: “I really struggled with my dyslexia at school, medical school and finally at work. Ever since it’s been my mission to level the playing field. I founded CareScribe with the aim of improving accessibility and inclusion for everyone – be that in education or the workplace.

“Thousands of people are already using Caption.Ed to allow them to remove barriers and participate more fully in their studies or in the workplace. As with all great assistive technology, Caption.Ed can be useful for just about anyone.

“Caption.Ed should be a game-changer for work, study and home life and I’m so excited to introduce our new version to users.”

The software supports PC, Mac and mobile devices. It also works with a wide range of other software applications, such as Zoom, Microsoft Teams, Google Meet, and more.

CareScribe says its assistive technology is recommended by assessors within the Disabled Student Allowance (DSA) and Access To Work.