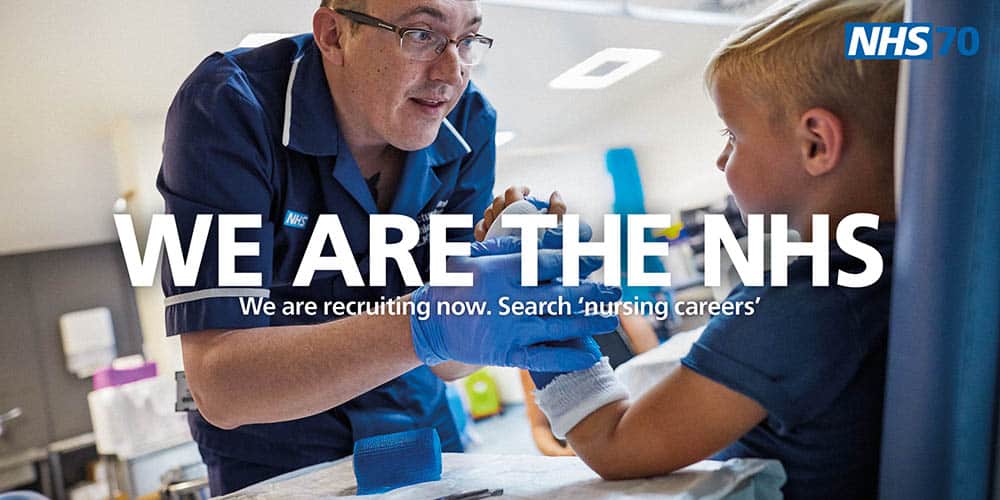 To mark its 70th birthday, the NHS has launched a new multi-million-pound recruitment campaign in hopes of recruiting more staff into the NHS, encouraging staff that have left the NHS to return and to improve the retention of its existing staff.

Launched on 3rd July, the campaign hopes to address the staff shortage problem within the NHS and take the pressure off existing staff who have to deal with large workloads.

With an initial focus on nursing, the campaign will also highlight other roles, especially those with the largest shortages like mental health and learning disability.

Designed to increase positive perceptions of, and pride in, working for the NHS, the campaign will focus on “caring for people” and “team working” as research has identified these as being key motivators to encourage potential recruits to consider a career in the NHS, says the organisation.

Additionally, the campaign will run across TV, radio, out of home posters, digital and social media. Potential recruits will be directed to the Health Careers website, which provides information on the different roles within the NHS and how to access them, including training requirements and funding.

The NHS hopes that the campaign will have a positive impact on NHS recruitment and encourages people to get involved with the campaign by engaging with it on social media using the hashtag #WeAreTheNHS.