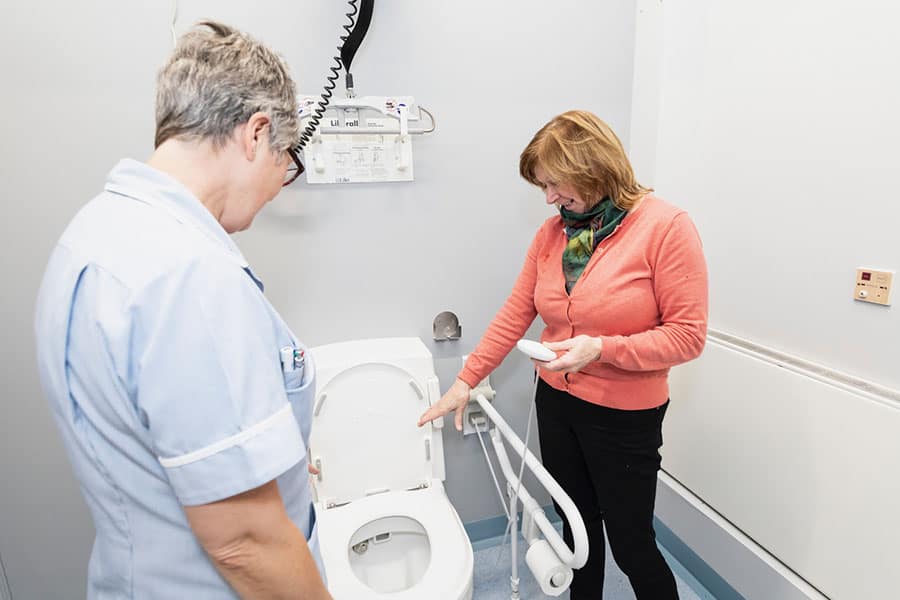 In this article, Closomat’s Robin Tuffley discusses how appropriate toileting technology can help reduce costs and care intervention, as well as reduce the number of carers from two to one, give individuals more dignity, and what equipment can facilitate greater independence.

Going to the toilet: it’s something we all do, and, on average, eight times a day. In fact, the average person spends three hours or more a week sat on the toilet, according to a survey by UKActive.

Using the toilet is one of the five key activities of daily living that are used to assess someone’s need for care support. It also accounts for even more time than referred to above, if they do need help. What about the minutes spent helping the person into the bathroom, adjusting clothing, supporting them to transfer on and off and wiping them clean after? All that time impacts on the care support required.

The bathroom is the room most commonly the subject of a home adaptation. The toilet is the fixture therein most frequently altered, whether it be a seat changed, a grab rail added, or the whole unit replaced.

It is therefore one area where assistive technology can really come into its own, and where the true value of single-handed care can be appreciated. In the bathroom, and particularly in using the toilet, equipment can not only reduce the number of carers needed from two to one, but can go further, and, where appropriate, empower the person to perform the activity unaided without any care intervention.

And it can deliver better value: cost analysis shows provision of appropriate equipment can cost just a quarter the outlay to provide even just one carer to do the same job. So, in one year alone, four people can be enabled to retain their independence, instead of just one. Further, the equipment is a one-off cost, whereas the carer is needed day in, day out, for potentially years. Thus, potentially the number of people who can be helped is significantly higher…

“The bathroom is the room most commonly the subject of a home adaptation.”

Beyond the pure financial implications, there are the hidden costs. The person retains their dignity and independence, which enhances their mental wellbeing and mental health. They are equipped to undertake daily living tasks safely. The carer’s health is improved too, reducing the amount of manual handling being undertaken with all its associated strains on backs. Healthcare intervention – and, thus, strain on our health service – is reduced.

There are two key pieces of equipment that can play a significant role in empowering people to remain independent in the toilet as per the Person Environment Occupation (PEO) model: toilet lifters and wash & dry toilets.

A toilet lifter is the most basic piece of assistive technology to reduce, or eliminate, care intervention in the toilet. In essence, it is the toilet equivalent of a riser recliner chair. It is installed over the toilet and automatically, at the push of a button, lowers the user from standing to a sitting position over the pan whilst they ‘go’, then raises them back to standing. A toilet lifter is suitable for people who have sufficient body flexibility and manual dexterity to be able to clean themselves, but have mobility issues, certainly to the degree that they need help with the transfer from standing to sitting and back.

“A toilet lifter is the most basic piece of assistive technology to reduce, or eliminate, care intervention in the toilet.”

A key consideration from a specification point of view is the user’s balance. It impacts on whether integrated arms are important for their balance and safety during the movement. It impacts on their ability to themselves accommodate the transfer motion – the majority of toilet lifters tilt as they rise, in effect ‘pushing’ the user to a standing position. For some, this could make them feel insecure that they might fall, so a vertical lift may be a more appropriate selection. 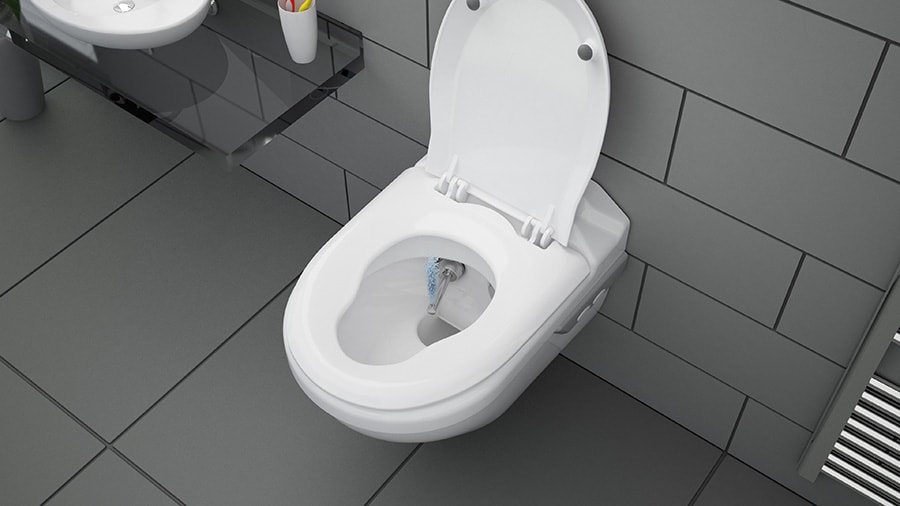 Also known as shower toilets, automatic toilets or smart toilets, wash & dry toilets feature integrated douching and drying, so there is no need for a carer to wipe clean. They were originally introduced into the UK more than half a century ago (by Closomat), specifically for disabled and elderly people. In Japan, by contrast, they are perceived as an everyday piece of tech, as common in homes as a TV. Whereas the UK has a long way to go to reach that level of market penetration, ‘smart’ toilets are becoming more widely known and are increasingly perceived as an aspirational fixture.

As with most pieces of technology, the style and features vary widely. Entry level versions simply clip onto the existing toilet, whereas some just wash and some wash and dry. Some go even further, offering a choice of wash options. Most wash & dry toilets are floor-mounted, but wall-hung versions are increasingly available too. Thus, the user’s bathroom can still be modern, stylish, and functional without becoming institutional in appearance.

The specification comes down, in part, to cost and the recipient’s cognitive and manual skills. It is worth pointing out that the majority of wash & dry toilets rely on the user being able to push buttons, be it on the unit itself or on a remote control. Models are available that offer alternative operating mechanisms, so someone with little or no use of their hands could still manage the various functions.

The performance varies significantly too, particularly the effectiveness of the douche. Everyone is different, so what works for one may not for another. Douches vary by volume and power of the water as well as the angle of the spray. People can also specify single or twin douche. 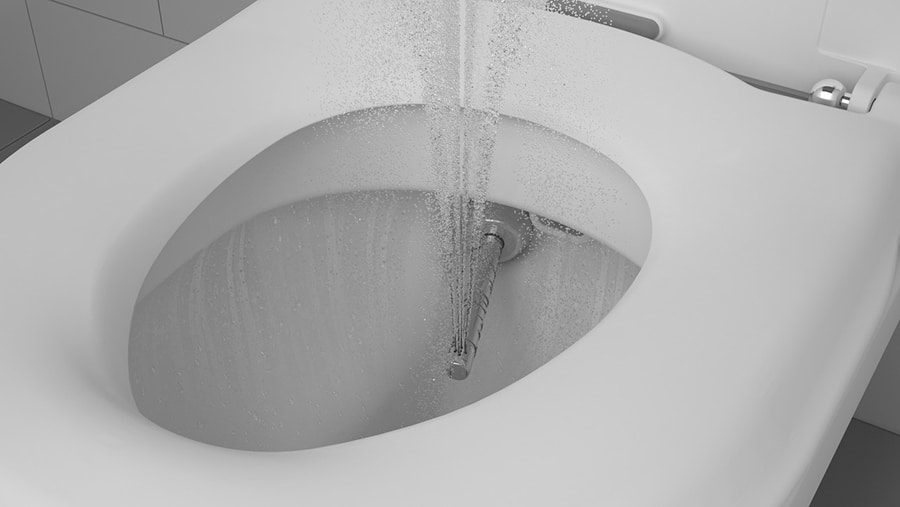 Going to the toilet is, probably more than any other, the one function that people are most resistant to have a care intervention. It is probably the one area where they are most likely to be appreciative of technology that can enable them to retain their dignity and independence. It makes sense financially to follow that route too.

Bear in mind that any adaptation or new piece of equipment can take some time for the user to adjust to, so it needs to be ‘future-proofed’: What happens as their condition deteriorates? How long will they benefit from the technology? Can the ‘tech’ itself be adapted and accessorised so it continues to deliver even as needs change?

“The user’s bathroom can still be modern, stylish, and functional without becoming institutional in appearance.”

To help all involved in the provision of assistive technology get it right in the bathroom, there is now a raft of supportive specification guidance available. An OT-led analysis document plus cost analysis, relevant white papers and “top tips” on the creation of a domestic accessible toilet facility and the specification of a wash & dry toilet can be found under the resources tab on www.closomat.co.uk