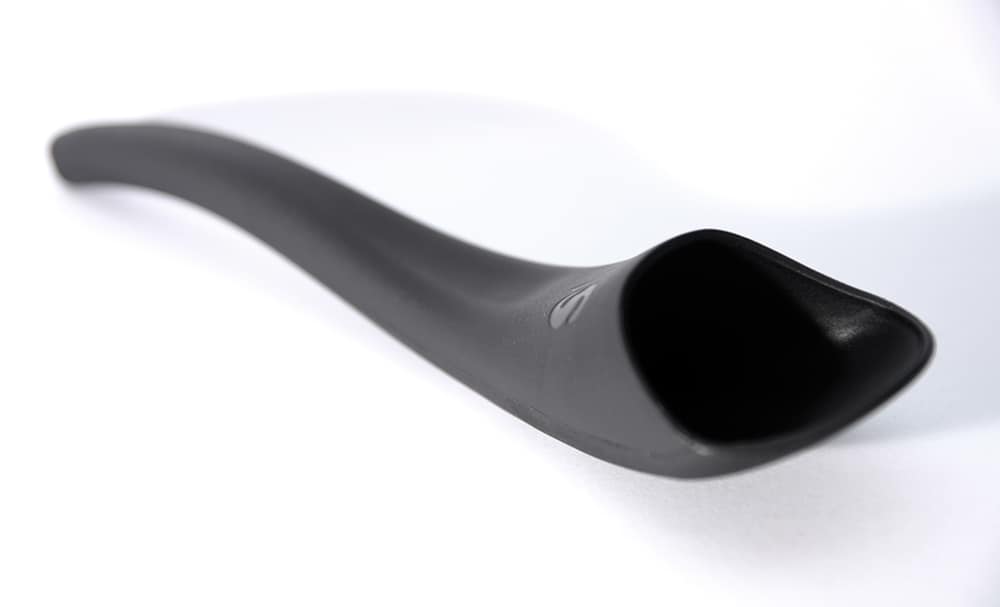 “Within days of receiving the first prototype spoon, I had a whole bowl of soup independently and went out for a Chinese and had two portions of rice, which was a first for me”

A spoon that is designed to aid those with shaky hands reduce spillage whilst dining has scooped the top prize at a Dragons Den style design competition. Leading housing and care provider Blackwood recently held its Design Competition, which discovers and champions innovative ideas that aim to improve standards of living for those with physical or mental disabilities.

Designs from across the globe were presented in person and over the internet to a panel of judges, with creator Grant Douglas and Industrial Designer Mark Penver from 4c Design taking home the coveted top prize.

Computer science graduate, Grant, who has cerebral palsy, and Mark will now receive a cash prize of £1000 as well as invaluable backing from Blackwood and its’ partners.

The S’up Spoon is aimed at those with shaky hands as a result of cerebral palsy, essential tremor and Parkinson’s. It is based around a typical spoon however designed with a deeper cavity which partially extends into the handle, enabling it to contain food and liquids more securely and prevent them from spilling over the edge. 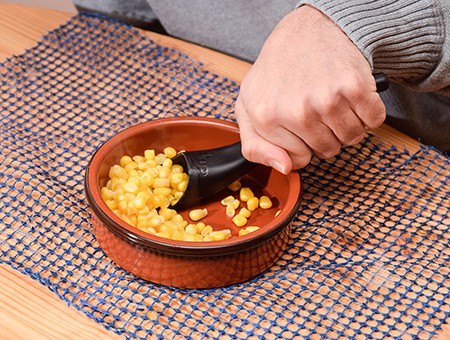 The ergonomic utensil also features a high arch in the handle and a concave dip in the top to alleviate any difficulties in lifting it from surfaces and maintaining grip. The innovative spoon’s sleek contoured design and matte black finish also ensure that the product will not be perceived as an assistive device; allowing those with disabilities greater freedom to eat independently.

Grant and Mark are overwhelmed to have won the competition and believe the S’up Spoon has the capacity to revolutionise meal times for people around the world.

Grant said: “As a result of having Cerebral Palsy since birth, I’ve always had difficulty using conventional cutlery, especially spoons. While I could get food on the spoon, by the time it got to my mouth, it would be everywhere apart from where I wanted it to be.

“One morning, my Mum was called away when she was feeding me, and this is when I had the lightbulb moment that I needed a spoon with a lid on it. A friend put me in touch with 4c Design and that was the real start of the S’up Spoon journey.

“Within days of receiving the first prototype spoon, I had a whole bowl of soup independently and went out for a Chinese and had two portions of rice, which was a first for me. So it is also effective in that it can be taken to restaurants without people staring and wondering what it is.

“We are overwhelmed to have won and so grateful to Blackwood and the panel for choosing our design. The advice and guidance we will now receive will mean there is a far greater chance of getting the spoon as a standard piece of adapted cutlery .”

Grant and Mark will now receive backing from Blackwood and its partners, providing legal advice on issues such as patenting and trademarks, professional service support and the £1000 cash prize provided by Kingdom Gas.

Fanchea Kelly, Chief Executive at Blackwood, believes the competition is a great way to give designers a chance to showcase their talent.

Fanchea said: “We were blown away by some of the entries and it was extremely difficult to choose just one, but Grant and Mark’s S’up spoon is incredibly innovative and provides people with shaky hands the opportunity to eat independently with minimal spillage.

“We hope with our backing and the backing from our partners, that the design will go on to help many people and improve their quality of living.”

The S’up Spoon is currently available for purchase at www.sup-products.com