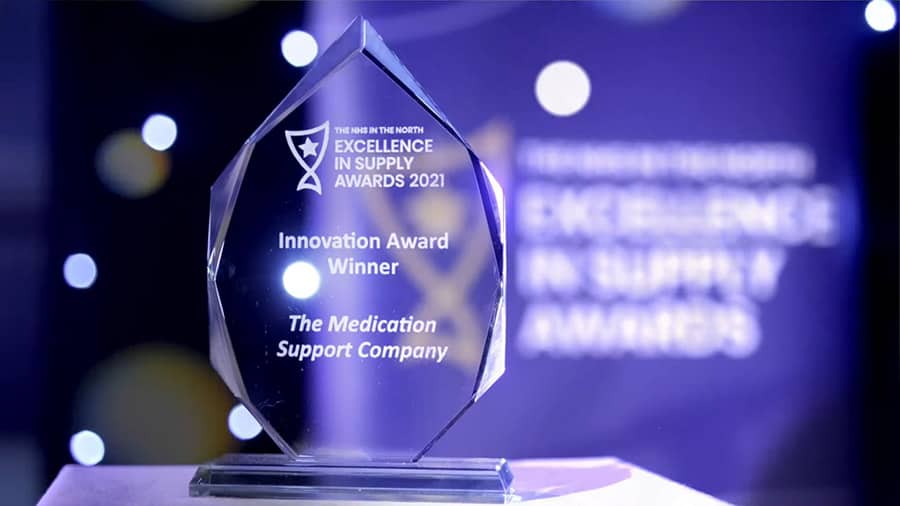 PAMAN – thought to be the world’s first remote medicines management service – has won the Innovation Award in this year’s Excellence in Supply Awards. The judges hailed the service as “true innovation”.

Developed by the pharmacist-led The Medication Support Company, PAMAN helps people take medicines safely, increasing the numbers taking their prescriptions correctly from an average of 55 percent to 97 percent.

The Medication Support Company Chief Executive Norman Niven, who is also a community pharmacist, said: “It’s so important that people take their medicines as prescribed. But many people are unable to for a variety of reasons. This might be because they forget, get confused, or because they decide they don’t want to take them.

“The cost to the UK of patients not taking their medicines correctly is estimated to be around £3billion every year. However, the biggest losers are patients themselves who have poorer health as a result.”

People deemed to need some extra support to take their prescription medicines correctly are referred to the PAMAN service.

A video phone called a Medihub is installed in the individual’s home, which connects them to a team of pharmacists. When the pharmacist calls, the individual then presses the button at the top of the Medihub to connect.

The pharmacist can talk to the individual and watch them take their medicines, administer ointments and creams, or use inhalers, advising when necessary.

PAMAN service user Paul, 68, a grandfather-of-eight, commented: “It’s like having a community pharmacist visit every day. If we have any questions or problems, they get resolved straight away, which is such a relief. The service has made a real difference to our quality of life.”

Richard Deed, Associate Commercial Director – Industry at Health Innovation Manchester, added: “Congratulations to The Medication Support Company on winning this year’s Excellence in Supply Innovation Award. This innovative work being done out of Manchester is making a real difference to the delivery of care across the North West.

“Health Innovation Manchester is committed to improving the remote monitoring of care and helping to transform our system digitally by providing support for innovations like PAMAN.”