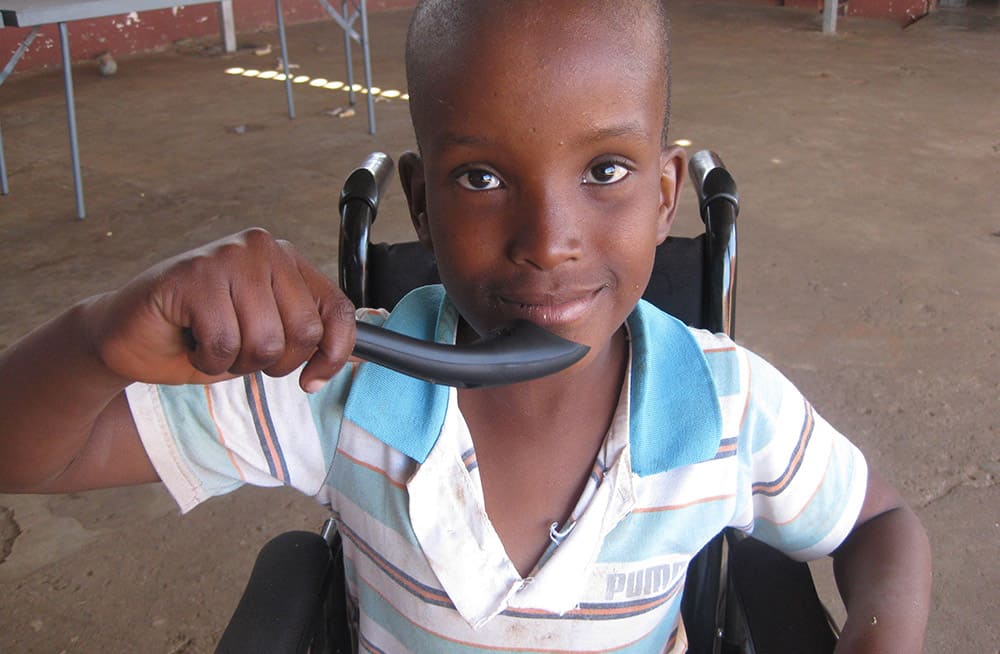 The inventor of a spoon that doesn’t spill, which last year scooped the top prize at a Dragons’ Den inspired competition, is encouraging other budding designers to seize the same opportunity.

Computer science graduate Grant Douglas, alongside Industrial Designer at 4c Design, Mark Penver, created the remarkable S’up Spoon to aid those with shaky hands as a result of cerebral palsy, essential tremor and Parkinson’s, which then went on to win the Blackwood Design Awards.

Now, the triumphant creator is urging talented entrepreneurs to enter the housing and care provider’s annual competition, which discovers, and champions, new and innovative ideas that improve standards of living for those with physical or mental disabilities.

Grant, who has cerebral palsy, was supported by 4c Design during the competition and received a cash prize of £1000 for winning, as well as invaluable backing from Blackwood and its partners to support S’up Products LTD as it continues to develop. 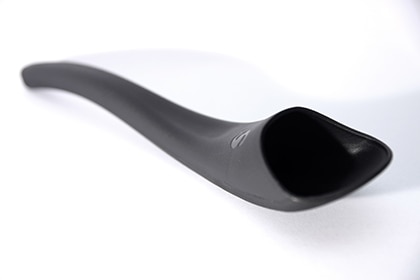 Grant said: “We entered Blackwood’s Design Awards last year as we share its aim to enable disabled people to live as independently as possible through designing accessible products in a way that is pleasing to the eye.

“We were overwhelmed to win and, since securing the top prize, the S’up Spoon has progressed significantly.

“Over the past 9 months, it has been featured on BBC One’s Songs of Praise, we’ve donated 10 spoons to a voluntary organisation that helps disabled people in South Africa and it now has packaging with a barcode so that it can be sold in shops and is currently on sale via Amazon.”

The S’up Spoon also now has a reseller in Denmark, is appearing in an exhibition in the British Design Museum in London this month and has been tested by the Royal National Institute of Blind People which has agreed to add it to their product range.

Grant added: “We’re incredibly grateful to Blackwood and the panel for choosing our design as the winner as it gave our product a major boost.

“The cash prize helped us develop the packaging needed to sell it on Amazon and in other retail outlets, the publicity gave us a huge jump in sales across the globe, and the credibility reassured organisations like the BBC that our product was worthy of promotion.

“Having won the competition, it is fantastic to know that our product is now revolutionising mealtimes for people around the world and we would encourage anyone with an idea or product that could improve the lives of those with disabilities to enter the competition.

“Take it from us – it truly is an incredible opportunity.”

For 2016, the Blackwood Design Awards will be made up of two distinct categories – Best New Product and Best New Concept.

Colin Foskett, Head of Innovation at Blackwood, believes the move will double the chances to identify and champion breakthroughs.

He said: “We’ve been delighted with the way the annual awards have caught the imagination and developed into an important way to bring through genuinely revolutionary and life changing products – as exampled by Grant and Mark’s ingenious S’up Spoon.

“By adding the additional category for this year’s competition, we are aiming to support, and promote even more new design talent. Designs like the S’up Spoon have benefited the lives of many others, and we expect this year’s designs to be no different.”

The competition has built a reputation of enabling great success for winners, and entries now frequently come in from all over the globe, including Canada and Pakistan.

It is now open. For details on how to enter, visit the website HERE

The S’up Spoon is currently available for purchase at www.sup-products.com