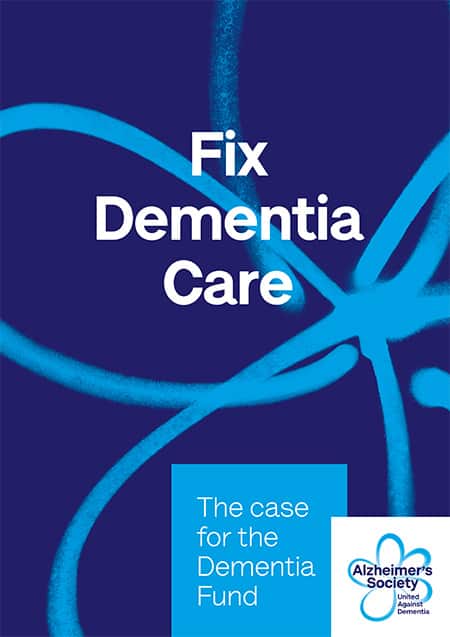 A new report from the Alzheimer’s Society, which calls for a £2.4 billion Dementia Fund to tackle dementia care injustices, has been backed by 68 cross-party MPs after an open letter was delivered to Matt Hancock.

According to the charity, dementia patients also spend a worrying £100,00 on their care.

The letter, written by MP Rachael Maskell, Chair of the APPG for Ageing and Older people, received 68 signatures from MPs and comes in the absence of the Green Paper.

Alzheimer’s Society highlights failings in the present social care system, stating that people with dementia often unnecessarily go to A&E with dehydration, an infection, or due to a fall.  Some patients face waiting in hospital for a year for a care home place to become available.

Jeremy Hughes, Chief Executive of Alzheimer’s Society, commented: “Social care is in a desperate state, in urgent need of a complete overhaul. Decades of underfunding have left people with dementia struggling with a system that is unfair and unsustainable. The injustice of people battling to get care, on top of battling the devastating effects of dementia can’t go on.

“If you develop cancer or heart disease, your care is covered by the NHS. People with Alzheimer’s disease and other forms of dementia have the right and expectation that the NHS will also support them. We are calling for urgent investment in high quality care through a dedicated Dementia Fund. It’s time to end the dementia penalty that‘s preventing people from getting the care they need and deserve.

“The overwhelming cross party support shown through the open letter to the Health Secretary illustrates how indisputable this crisis is. A Dementia Fund will provide help now to remedy the situation for people with dementia, while we wait for the Green Paper and a long-term sustainable funding solution for social care.”

To support the Fix Dementia Care campaign, people can visit this website