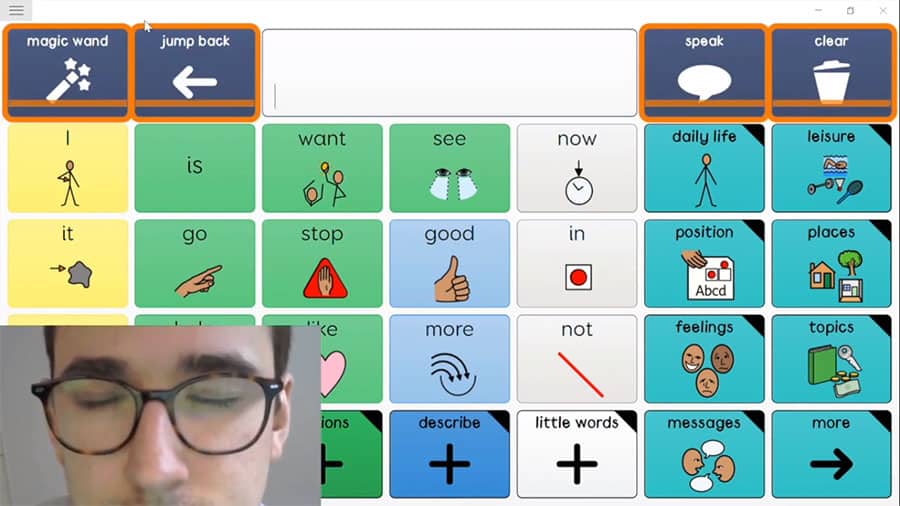 Ace Centre, a UK charity focusing on assistive technologies for people with communication difficulties, has launched a new and free-to-use augmentative and alternative communication (AAC) application that uses blinking as a switch input.

EyeCommander is a desktop application that uses the front-facing camera of any Windows or Mac device to detect when the user blinks. EyeCommander then uses that blink as a switch input for communication software.

Although eye blink in AAC has been done before, the charity says that current solutions do not always work in every scenario, which led to the creation of EyeCommander. The software integrates with any existing desktop hardware the user has so that the user does not have to buy any new specialist equipment to get access to AAC.

On top of not having to buy additional hardware, EyeCommander is free, making it a low-cost solution for those with communication difficulties.

Having blinking as an input is particularly helpful for people who cannot use body movements to trigger switches, such as someone who has had a brain stem stroke. It is also helpful as a lower-energy solution compared to eye gaze technology, according to Ace Centre, which could prove invaluable for people with conditions like MND.

Additionally, some users are unable to use eye-tracking technology due to having a squint or because their glasses reflect light, the charity underlines, but they would be able to use the blink detection software to communicate.

To use EyeCommander, the user pairs this technology with existing communication software, for example Grid 3 from Smartbox. The user then outputs their blinks from EyeCommander into software like Grid 3 as a switch. Then, the individual is able to use this assistive technology to communicate independently.

EyeCommander enables users or their carers to set the blink sensitivity, blink length, and more to suit individual needs and conditions.

Watch the video below to learn more about EyeCommander and how it works:

Ace Centre says it will continue to develop EyeCommander. It has created a roadmap for future developments to the AAC software, which can be viewed here.