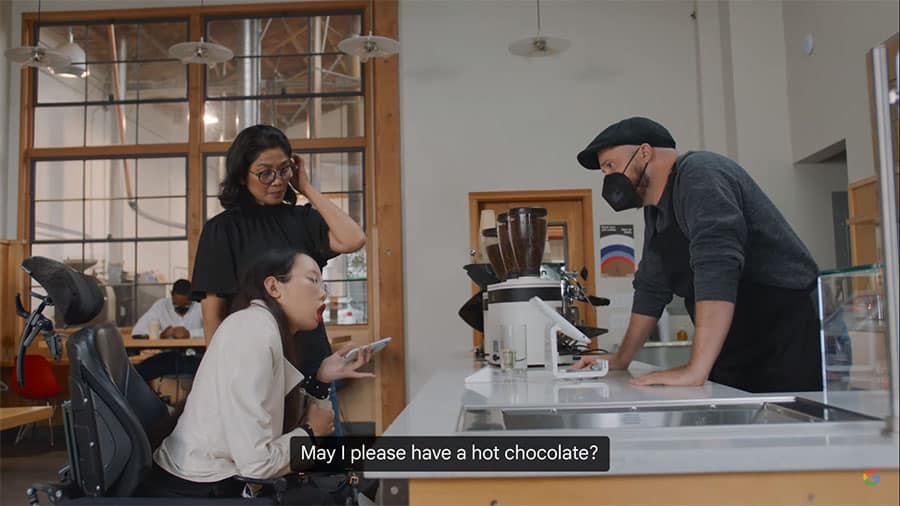 Google has launched a new Android app called Project Relate, which is designed to enable people with speech impairments communicate more easily and helps them to be better understood by others.

The app could be used to help individuals with a wide range of conditions that impact speech, including strokes, cerebral palsy, traumatic brain injury or Parkinson’s disease.

Through the Listen feature, the app transcribes the user’s speech to text in real time, so they can copy-paste text into other apps, or let people read what the user wants to tell them.

The Repeat feature allows the user to restate what they’ve said using a clear, synthesised voice. Google says it hopes this feature can be especially helpful in face-to-face conversation or when users want to speak a command to a smart home assistant device.

Users can also speak directly to their Google Assistant from the Project Relate app, so that they can take carry out different tasks, such as turning on the lights or playing a song, with ease.

Google Assistant is Google’s artificial intelligence (AI) software that enables users to carry out tasks via voice commands. It features on Google Assistant-enabled devices like smartphones, speakers, headphones and fridges for voice-activated control.

To create its new app, Google worked closely with many people with speech impairments, including Aubrie Lee, a brand manager at Google, whose speech is affected by muscular dystrophy.

“I’m used to the look on people’s faces when they can’t understand what I’ve said,” Aubrie said. “Project Relate can make the difference between a look of confusion and a friendly laugh of recognition.” Since Aubrie works on the marketing team that names new products, she also helped us name the app!

Learn more about the app in the video below:

Project Relate is a continuation of years of research from both Google’s Speech and Research teams, made possible by over a million speech samples recorded by participants of the company’s research effort.

Now, Google is inviting an initial group of people to test Project Relate to provide feedback, so that it can improve the app and ensure disabled people can more easily communicate with others.

Testers will be asked to record a set of phrases. The app will use these phrases to automatically learn how to better understand unique speech patterns.

Google is currently looking for English-speaking testers in Australia, Canada, New Zealand and the United States. To participate in testing Project Relate, people can register their interest here.

In recent times, the technology giant introduced two new tools that make it easier for people with severe motor and speech disabilities to control their phone and communicate using facial gestures: Camera Switches and Project Activate.