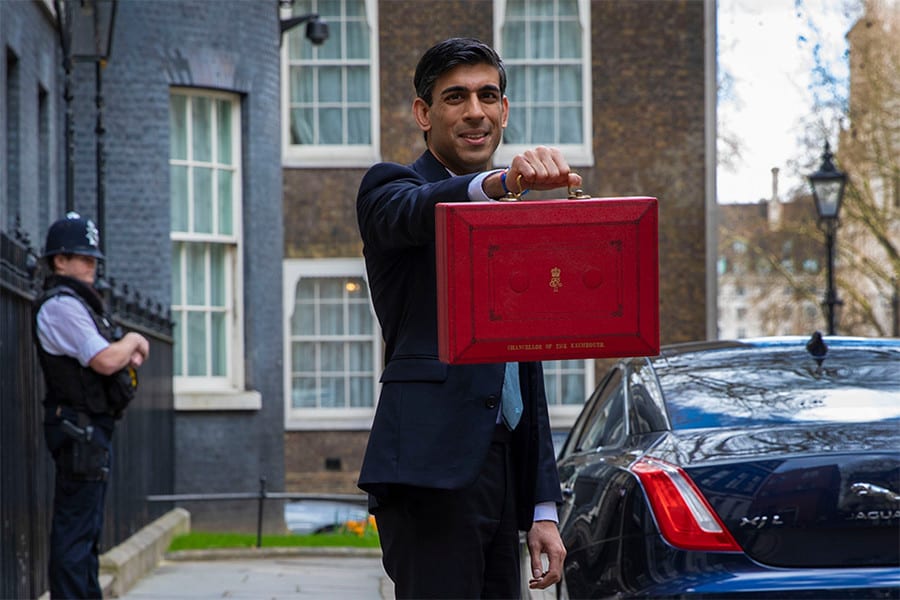 Yesterday, Chancellor of the Exchequer Rishi Sunak presented his Autumn Budget and Spending Review 2021 to Parliament, detailing the UK Government’s tax and spending plans for the year ahead.

Below, AT Today has summarised some of the key points from the Autumn Budget and Spending Review 2021 for the assistive technology sector, including spending plans for local authorities and the NHS.

The new Health and Social Care Levy, along with the 1.25 percent increase to the rates of dividend tax, will raise around £13 billion per year for spending on health and social care across the UK. This levy was unveiled back in September but was confirmed in the review. It will be based on National Insurance Contributions.

£5.9 billion of funding was pledged to help tackle NHS backlogs. In August 2021, NHS waiting lists in England hit a record high of 5.72 million people, with 5.1 percent of patients waiting more than one year for treatment. This is due to COVID-19 pressures and many treatments being paused during the height of the pandemic to curb the circulation of the virus.

Moreover, £2.6 billion of capital funding was committed for new school places for children with special educational needs and disabilities (SEND). Earlier this year, the Department for Education (DfE) announced a £280 million investment to help children with SEND access vital assistive equipment at school, such as by installing ceiling hoists, ramp or hand rails.

From 1st April 2022, the National Living Wage will increase to £9.50 an hour, representing a 6.6 percent increase. This was one of the headline announcements from this year’s budget, as the government says this funding will help millions of low paid workers across the UK.

The chancellor also confirmed £2.1 billion over the next three years to support innovative use of digital technology so hospitals and other care organisations are as connected and efficient as possible, freeing up valuable NHS staff time and ensuring the “best care” for patients.

Rishi further revealed a multi-year settlement to enable local authorities to support the ambition to level up communities across the country, with an estimated average real-terms increase of three percent a year in core spending power.

Additionally, English councils are set to benefit from £1.6 billion in new grant funding in each of the next three years, on top of the funding to implement social care reform. The government said this funding will enable it to reform social care.