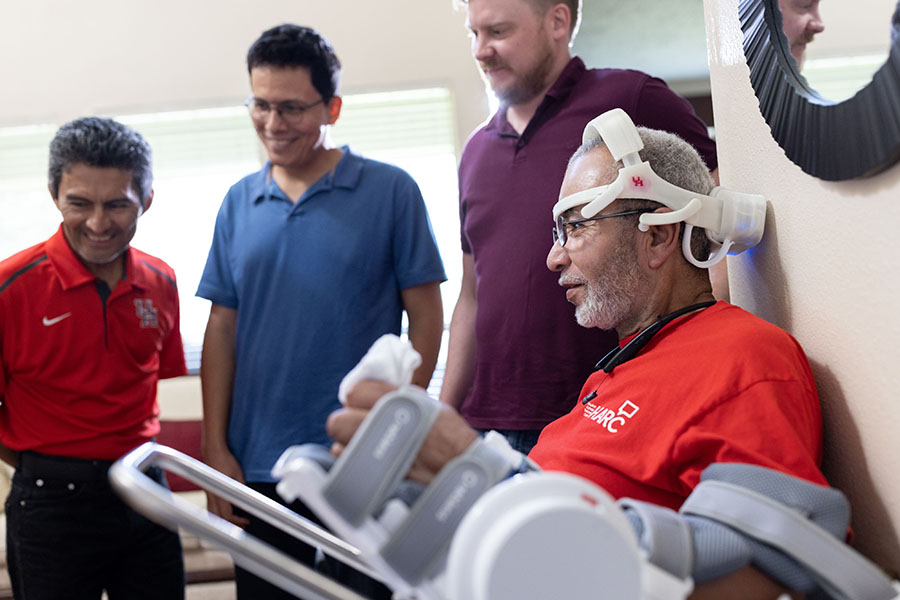 The University of Houston in the US has developed a “next-gen” stroke rehabilitation device in clinical trials, which has enabled a patient to restore upper limb function at home in a worldwide first.

66-year-old Oswald Reedus has become the first stroke patient to use a futuristic-looking robotic arm controlled by his brainwaves – at home – to recover the use of a limb.

The brain-controlled robotic arm was created as an easily accessible at-home robotic stroke rehabilitation device. It can be used in both home and clinical settings.

It is designed to facilitate at-home rehabilitation alternative in a solution that is more affordable and easier to operate than typical expensive clinic-based devices.

Jose Luis Contreras-Vidal, Hugh Roy and Lillie Cranz Cullen Distinguished Professor of electrical and computer engineering at UH, said: “The broader impact and commercial potential of this project is to advance national health by accelerating development, efficacy and use of brain-controlled robotic rehabilitation after stroke by capitalising on the benefits of non-invasive brain interfaces that extract information about the patient’s motor intent and the real-time assessment of impairment and recovery of motor function.

“Brain-machine interfaces based on scalp electroencephalography (EEG) have the potential to promote cortical plasticity following stroke, which has been shown to improve motor recovery outcomes.”

Once a patient straps into the robotic arm, the non-invasive brain-robot technology translates the user’s brain activity into motor commands to drive powered, assist-as-needed, upper-limb robotics.

Performance feedback is stored for monitoring and diagnostics through a user interface that also serves to provide engaging real-time feedback of tasks and associated completion performance. 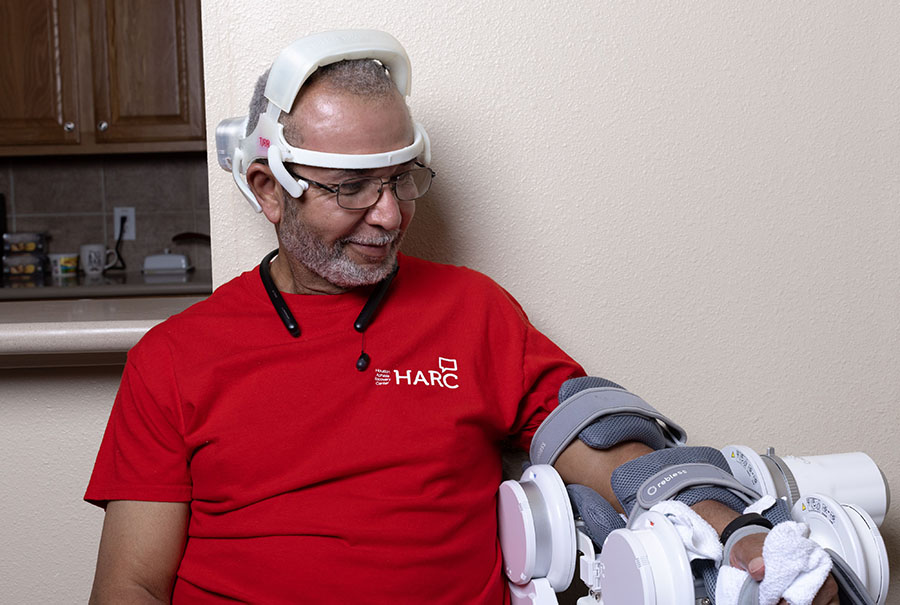 Over the past year, AT Today has covered multiple innovations in products and compelling research to support stroke rehabilitation.

One such device was developed by researchers at the Indian Institute of Science. The team has developed a soft, 3D wearable robotic glove with remote control capabilities to help stroke patients with their rehabilitation programmes, potentially speeding up their recovery and easing pressure off clinicians. It incorporates quantifiable feedback – for example, the units of pressure applied while squeezing a ball or the degree of bending of a leg with a knee injury – to help motivate patients during rehabilitation.

Meanwhile, an NHS hospital in England last year introduced an innovative £365,000 walking robotics device called Walkerbot, which will be used to help stroke patients as they relearn to walk.

This cutting-edge piece of technology is the only one of its kind in an NHS hospital in England and is now in use at the Royal Bournemouth Hospital Stroke Unit, helping patients to take the thousands of steps needed a day to allow their brains to rewire during recovery.

Designed with Microsoft’s Azure Kinect camera at its centre, the compact Evolv RehabKit can monitor a user’s precise movements, keeping a close eye on them as they take part in a series of task-based games and exercises. These form part of EvolvRehab, a pioneering virtual rehabilitation platform that runs on the RehabKit.

The therapeutic game-like activities in EvolvRehab have been designed by professional therapists to bolster stroke and brain injury survivors’ self-confidence while increasing their mobility, assisting in their ongoing progression to stand, reach, grasp, walk and speak.