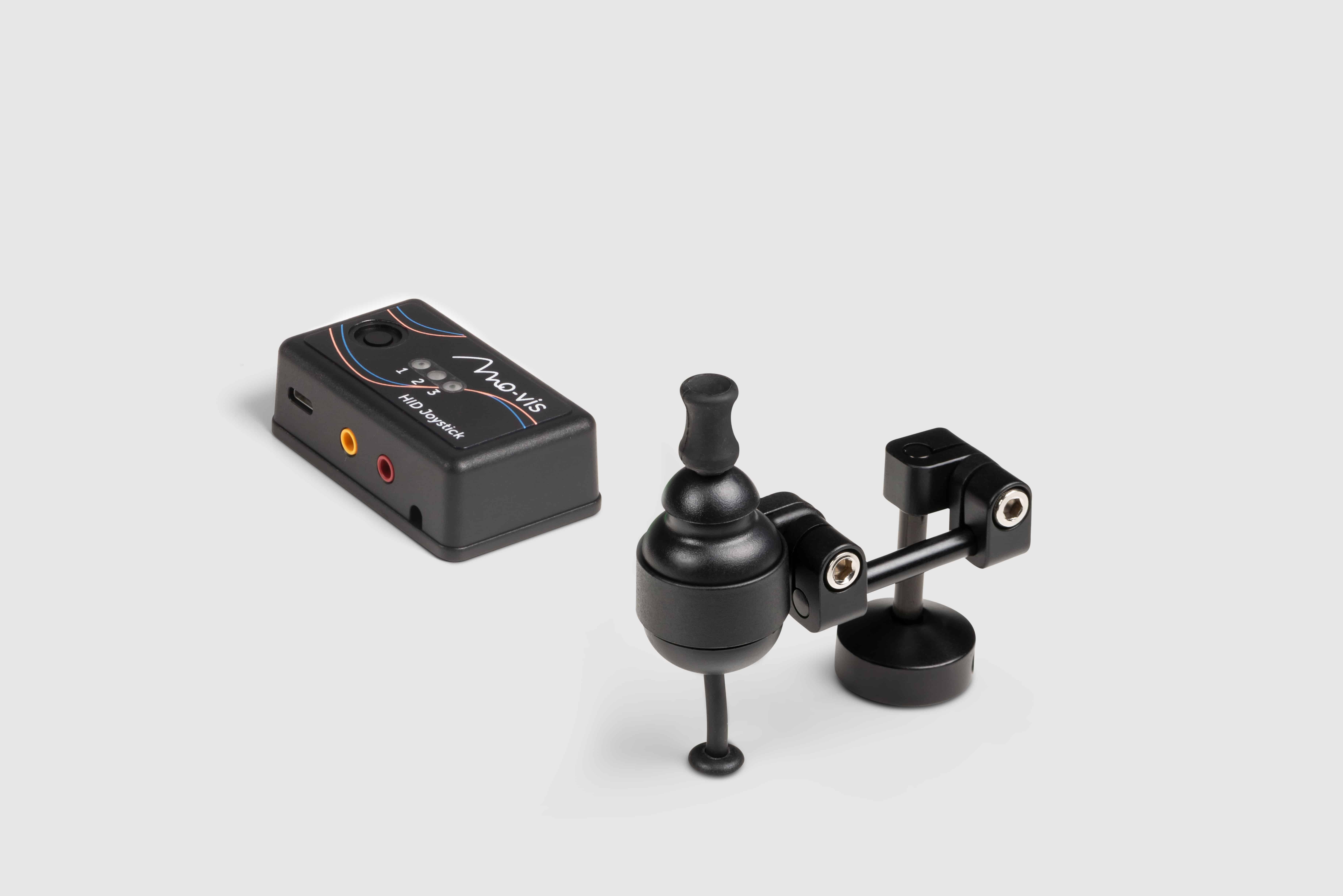 Assistive technology developer mo-vis has announced the launch of its ‘revolutionary’ HID Joysticks, which allow people with limited muscular strength to game independently.

There are two models available – the Micro and Multi – which enable the user to operate computers and game controllers independently. These joysticks can be used by individuals with very limited muscular strength, which can result in reduced dexterity and movement.

The joysticks have been developed for people with tetraplegia and neuro and muscular diseases as well as other advanced diseases such as amyotrophic lateral sclerosis (ALS) or multiple sclerosis (MS).

Both models are a composite Human Interface Device (HID), which means they both contain three HID classes – the HID mouse, HID keyboard and HID joystick.  The joysticks connect via USB to a PC, XBOX game console, Android, iOS or any other USB host device that is compatible with HID equipment. This means the user can connect the HID interface directly to the USB port of their game console as long as there is native support.  Both models are also combatable with Bluetooth adapters.

Rebecca Van Craeymeersch, Product Manager for mo-vis, commented: “We know that many people with various disabilities struggle to use gaming devices and children are often left feeling excluded as they are unable to play online games with their friends.  This became even more apparent during the pandemic when children were unable to meet with their friends for weeks on end.

“We believe that the launch of the HID joysticks will change this and potentially revolutionise the gaming industry for these people.”

Unfortunately, not all games have been designed to support a mouse/keyboard input, mo-vis highlights. Details of which games are supported can be found here.

Most game consoles do not allow access to third party controllers, therefore, only games that accept HID mouse, keyboard and joystick can be played with the HID joystick.

To stop disabled gamers being left out, Xbox created its own adaptive controller (XAC) a few years ago, which allows a third-party device (such as the HID) to be used.