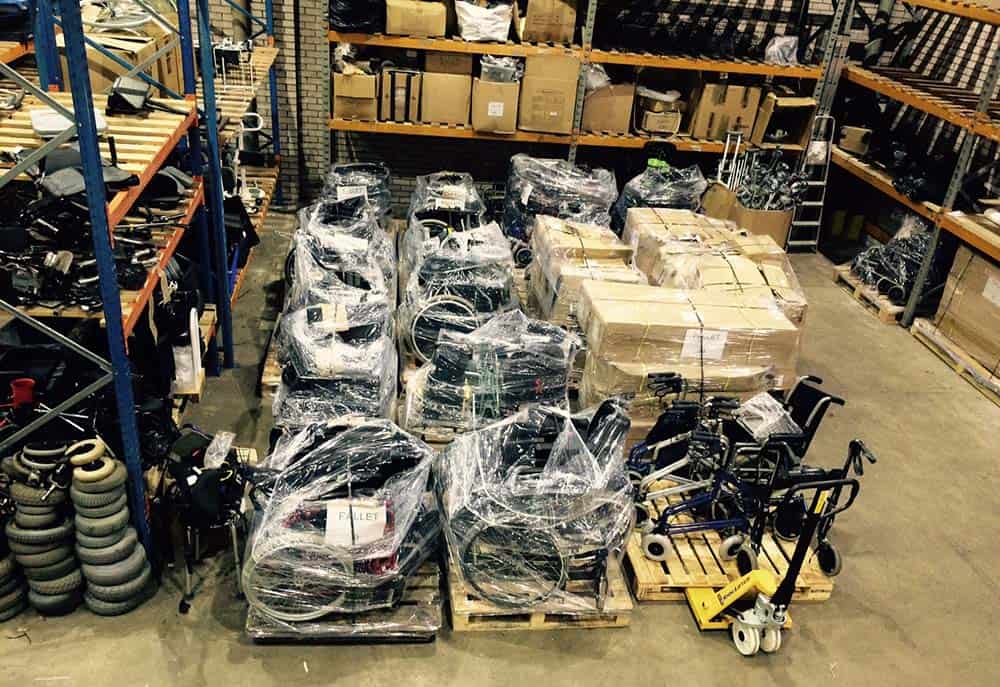 An inspiring project that is bringing hundreds of thousands of pounds of mobility equipment to some of the world’s neediest has recently delivered £350,000 worth of equipment to Cairo’s 57357 hospital, a specialist children’s cancer facility.

Set up by Warrington Disability Partnership and working in unison with St Mark’s Universal Copts Care, the Phoenix Project recycles old and second-hand mobility equipment to send abroad to destinations including Syria, Greece and Thailand.

“The big thing for me is, for many, many years I’ve seen this situation growing and I was concerned about what was happening with the world of disability.

“If you buy a car, you wouldn’t expect to drive it to a car dealership and be told ‘well we don’t do second hand cars, so scrap it.’ I think what certain parts of the trade wanted was to not generate a second-hand sales side to mobility equipment or even a reuse side to it.

And that’s what we’ve done, we’ve actually found the market in that.”

Sent towards the end of May, the Project’s shipment was the largest to date, with the mobility equipment valued at £350,000 if bought new.

Dave also commented that making the Phoenix Project work has been a team effort, with the publishing industry, trade, companies and charities getting on board.

“The good news for us is that it’s also providing meaningful employments and daytime activities as we’ve got staff and volunteers who are employed in the project,” Dave continued.

“In some instances, we’ve been able to find items that we can resalvage, reclaim and resell in this country, so it’s not just going abroad.”

Just finishing its 11th shipment, the Project has also received enquiries from Uganda, Zimbabwe and Pakistan.

Mehdat Boutros, from St Mark’s Universal Copts Care, told the Warrington Guardian: “The hospital is very popular, not just in Egypt but across the Arabic world. It was formed and is still being run based on donations.

“This equipment will give these children dignity instead of having to be carried by their relatives. It will give them something to help them feel independent.

“Otherwise, if they do not come from a family that can afford it, they will just have to go without.

“The environmental impact that this has in the UK is also fantastic, because otherwise all of this equipment would have ended up in a skip.”

Established in 1991, Warrington Disability Partnership is a user-led charity with a mission of helping people with disabilities or long-term health conditions.