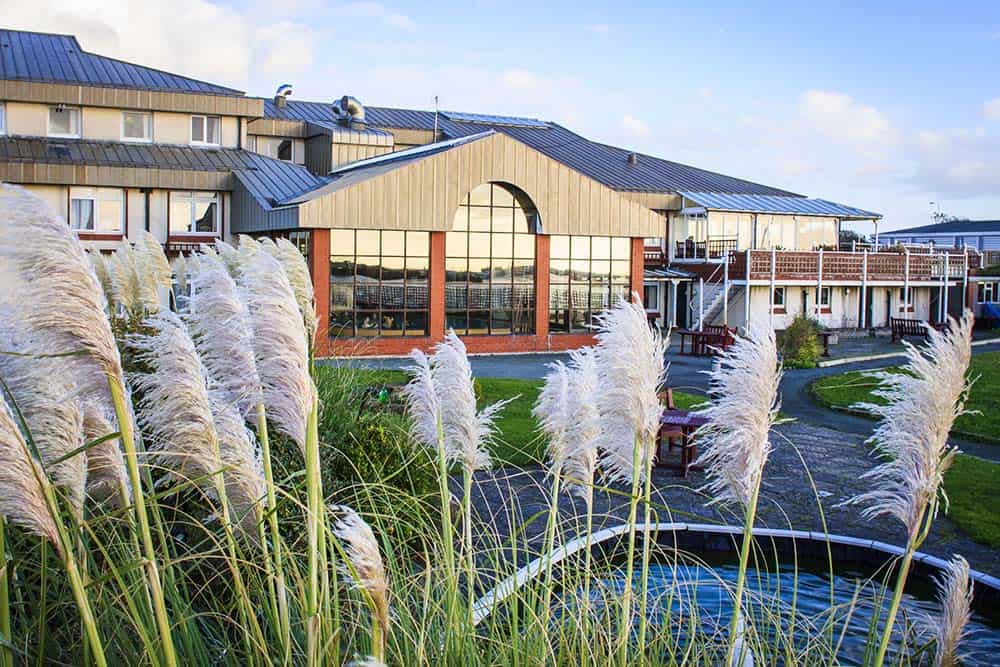 “Not only does this project demonstrate how the UK’s communities can play a greater part in the health of the nation, but schemes of this nature can also significantly reduce costs to the NHS”

The North West Regional Spinal Injuries Centre (NWRSIC), part of the Southport and Ormskirk Hospital NHS Trust, has entered into a formal partnership with the Sandpipers respite break centre in Southport, run by national disability charity Revitalise, to provide a step-down service for patients recovering from major spinal trauma.

After a successful trial period which began in 2011 – the first initiative of its kind in England – the official partnership commenced on 1 April, when four patients arrived at the centre from the NWRSIC. The aim of the project is to support people recovering from major spinal trauma during the crucial transition period when they no longer require a hospital bed but are not yet ready to be discharged.

Revitalise became involved in the scheme due to its core activity of providing respite holidays with nursing care for people with a wide range of physical disabilities, in a fully accessible environment. It was clear that the charity’s Sandpipers centre could meet the exact requirements of the NWRSIC in terms of nursing care and equipment, but without the institutional atmosphere of a hospital.

Revitalise Sandpipers has earmarked four beds at the centre exclusively for the use of patients from the NWRSIC. Since 2013, 54 patients have benefited from the scheme at the centre and similar numbers are expected to benefit from it as the scheme goes forward.

An evaluation by NWRSIC of the project, which involves Sandpipers and two other local community-based services, has revealed some excellent outcomes. The patients supported by the scheme recovered faster and were discharged on average 17 days ahead of schedule, and the waiting time from referral to admission to the NWRSIC dropped by more than a third.

The first six months of the service saw a total of 2,060 specialist spinal injury hospital bed days saved, with the average length of stay in the beds reduced by over half (58%).

Overall, the first year of the scheme realised a saving of £1.92m for the North West health economy as a whole and a saving of £2.8m is predicted for 2014-15. The scheme also provides a valuable income stream for Revitalise’s core charitable mission of providing respite holidays for disabled people and carers.

The scheme has been seen by the NHS as fulfilling the conditions set out by its QIPP programme (Quality, Innovation, Productivity and Prevention), which was developed by the Department of Health to drive forward quality improvements in NHS care, at the same time as making efficiency savings.

Revitalise Head of Partnerships Cheryl Cullen commented: “We were very pleased at the excellent outcome of the trial and we are now looking forward to a long and successful partnership with the NWRSIC.

“Not only does this project demonstrate how the UK’s communities can play a greater part in the health of the nation, but schemes of this nature can also significantly reduce costs to the NHS.

“What’s more, this scheme will also provide a welcome income stream for Revitalise, enabling us to continue our core mission of providing high quality respite holidays with care for disabled people and carers.

“In our view, schemes like this serve as a great example of a charity fulfilling an urgent and demonstrable need within the NHS, by providing an essential community-based service with proven benefits to patients.”

Emily Hoban, Directorate Manager at the NWRSIC, added:
“Introducing the community outreach step-down project has been an invaluable service to patients and enabled the North West Regional Spinal Injury Centre to see and treat more patients in a timely way.

“It has helped improve the flow of patients and ensured people suffering spinal cord injury get quicker access to the Regional Spinal Centre to start their rehabilitation. There has been a great working partnership between the NHS and Third Sector providers which has been of benefit to all our patients.”

The announcement of the NWRSIC/Sandpipers scheme occurs against the background of increasing partnership work between the NHS and the Third Sector. In January a pilot scheme, under which volunteers from Age UK, the British Red Cross and the RVS would provide volunteer support for 29 of the UK’s busiest A&E departments, was announced.

Revitalise’s two other respite holidays centres, Jubilee Lodge in Chigwell in Essex and Netley Waterside House in Southampton are now in discussions with their respective local NHS Hospital Trusts over how their facilities can be used to benefit NHS patients along the lines of the NWRSIC/Sandpipers model. The charity is inviting proposals from NHS Trusts with a view to exploring further partnership possibilities.

Revitalise is a national charity providing respite holidays for disabled people and carers at three accessible centres in Chigwell in Essex, Southampton and Southport, with 24-hour nursing care on-call, personal support and a range of accessible excursions, activities and entertainment.