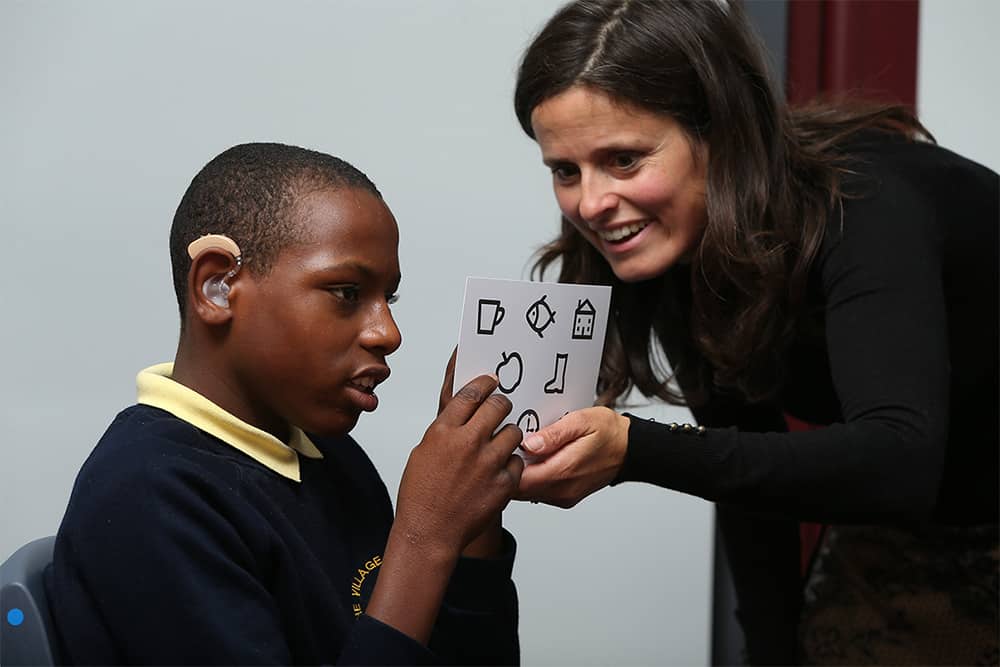 National sight loss and disability charity SeeAbility has been shortlisted for two prestigious national awards. The charity has been announced as one of three finalists in not only the category of Charity of the Year in the AOP Awards but also for Optometrist of the Year, which is run by the Association of Optometrists (AOP).

Lisa Donaldson, SeeAbility’s Clinical Lead, said she was delighted they had made the shortlist which is sponsored by Lloyd and Whyte, commenting: “To be nominated for both Charity and Optometrist of the year shows that SeeAbility is making real progress and starting to make a huge difference nationally in the eye care sector. Through our public health work raising awareness of the importance of good eye health for children and adults with learning disabilities we are getting far better known and it is humbling to be recognised for it.”

The Awards, now in its sixth year, recognises the highest levels of achievement in UK optics. The Charity of the Year accolade celebrates innovative and successful initiatives from the past 12 months which encompass either a lead on research, education, strong campaign work or profile-raising activities within the area of eye health. The Optometrist of the Year accolade celebrates practitioners who have combined a commitment to patient care with hands-on clinical expertise while also playing a key role in initiatives designed to support the profession.

SeeAbility’s Children in Focus Campaign began in 2013 and is now the UK’s largest research study and sight testing programme for children with disabilities in special schools.

The charity’s research project run in conjunction with Cardiff University’s School of Optometry and Vision Science found children with learning disabilities are 28 times more likely to have a serious sight problem than other children, but over four in ten pupils had no history of sight tests or eye care. SeeAbility has now carried out over 1,000 sight tests and dispensed nearly 350 pairs of glasses in nine special schools; seven in London, one in Buckinghamshire and one in County Durham.

SeeAbility campaigned for and has been successfully awarded a General Ophthalmic Services (GOS) contract to provide sight tests in special schools, the first such contract in England. The charity has worked collaboratively with key clinical bodies including the Royal College of Ophthalmologists, College of Optometrists, British and Irish Orthoptic Society and Association of British Dispensing Opticians to develop a national framework for the provision of eye care in special schools which has been recently presented to NHS England.

AOP Chief Executive, Henrietta Alderman, said the Awards is “about celebrating the talent and expertise of practitioners who contribute so much to the public and profession”. She added: “this year we have seen some remarkable entries who demonstrate real committee and skill in delivering for patients as well as playing an important role in the optical community. We are looking forward to giving them the recognition they deserve.”

Members of the public can cast their vote, and find out more about the Awards, by visiting www.aop.org.uk/awards before midnight Sunday 18 December. Results will be announced at a black-tie dinner on Sunday 5 February 2017.