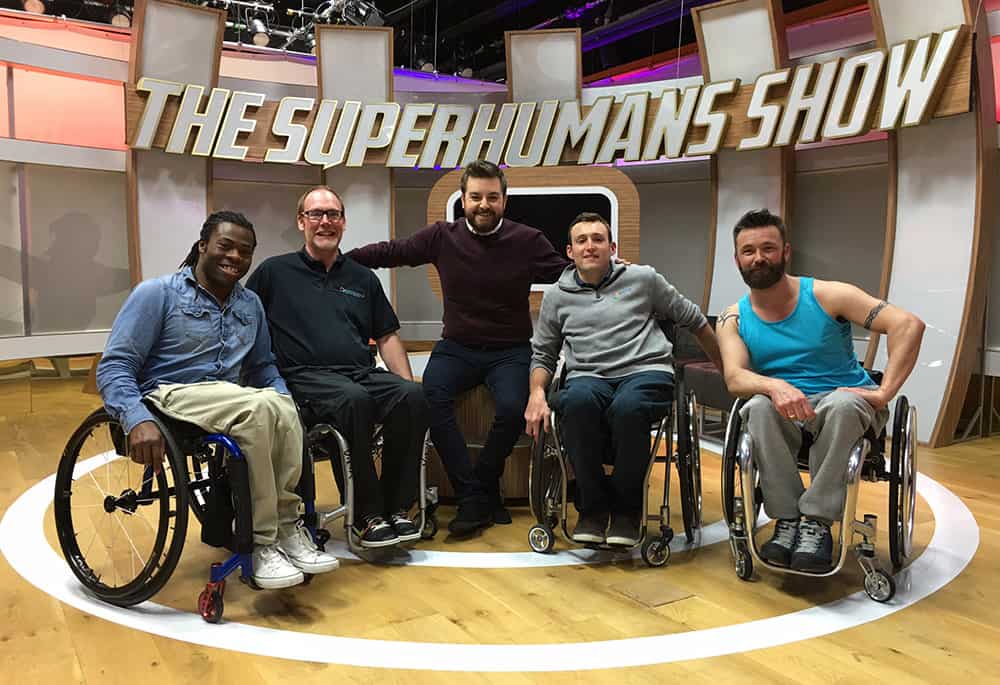 The Invictus Active Trainer, an exercise device designed specifically to simulate road-like pushing of a wheelchair, was featured and tested by superhumans on Channel 4’s The Superhumans Show.

Featuring on Episode 10 and broadcast on the 21st May 2016, The Superhumans Show is a weekly magazine show on Channel 4 hosted by Alex Brooker, interviewing Paralympic athletes and showcasing the latest in disability sport in the lead up to Rio 2016. The Invictus Active team were invited to the London studios in early April for filming of the episode which included a feature about getting fit and active as a wheelchair user. 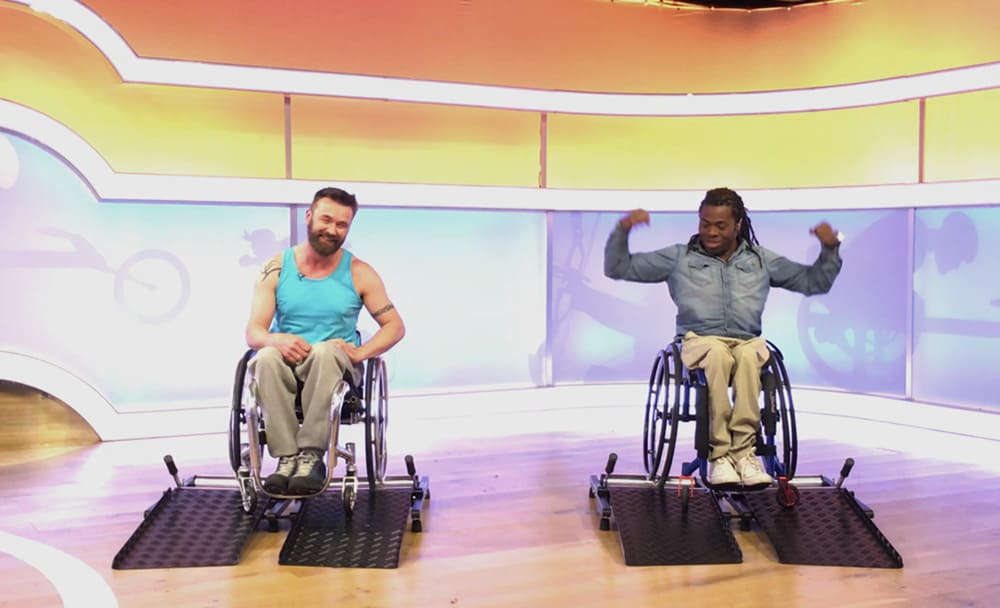 Founded by Scott Smith and Paul Cooksey, both full time wheelchair users, the Invictus Active Trainer offers users the opportunity to develop their fitness, balance and technique and is an ideal solution for athletes training for high intensity sports such as basketball, tennis and racing.

Kris Saunders-Stowe, founder of Wheely Good Fitness and the ‘Wheel-Spin’ DVD, which uses the Active Trainer, put the show’s guests through their paces and then took on co-host Ade Adepitan on the trainer, finishing the show with the pair competing against each other.

Speaking with Scott about the opportunity, he said: “It all started from a contact we first gained from the Naidex show in 2015. Since then we have worked with Kris from Wheely Good Fitness to launch a Wheel-Spin DVD for the trainer which brought us to the attention of the production company who felt we were a great fit for the feature on the show.

“It was a great opportunity so we personally drove three of the Active Trainers down the studio for a full day of filming in London.”

Watch a short video clip below:


For more information about the Invictus Active Trainer and the show, visit the website HERE