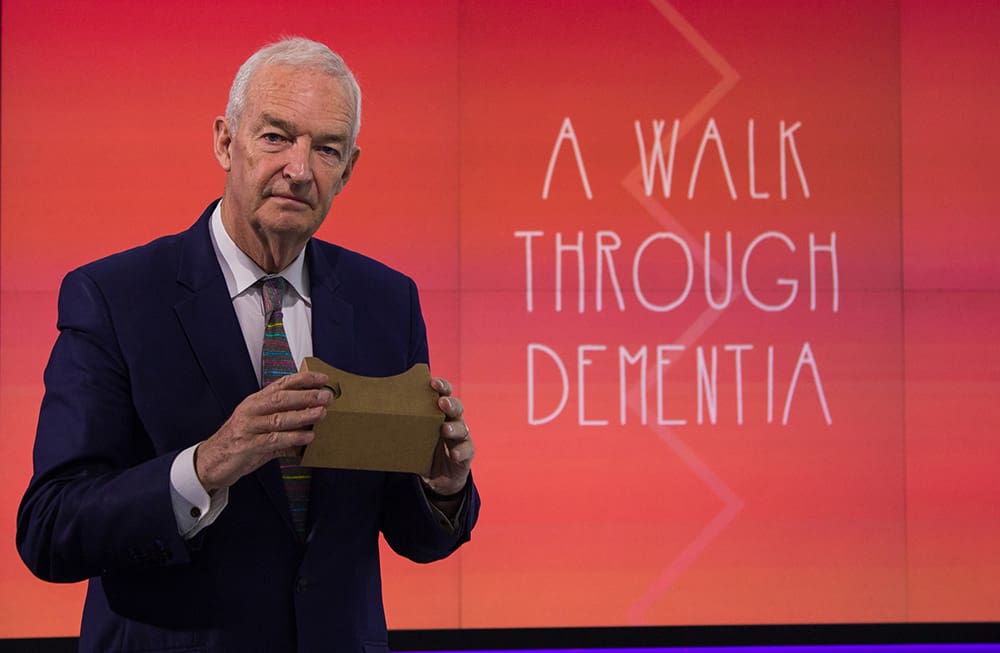 An innovative virtual reality smartphone app – A Walk Through Dementia – has been launched by Alzheimer’s Research UK. The app will give people an opportunity to experience the world through the eyes of those with dementia.

The Android-exclusive app, available from the Google Play Store, was developed by Alzheimer’s Research UK and virtual reality specialists VISYON, and uses the widely-available Google Cardboard headset to put the public in the shoes of someone with dementia. A Walk Through Dementia is designed to help the public think beyond memory loss to gain a fully immersive insight into the varied symptoms people with dementia can experience in everyday life.

A Walk Through Dementia is the first time a smartphone Cardboard app has been used to engage the public with the condition. The experience, which can also be viewed headset-free on the app or online at www.awalkthroughdementia.org, uses a combination of computer generated environments and 360-degree video sequences to illustrate in powerful detail how even the most everyday task of making a cup of tea can become a challenge for someone with dementia.

Unfolding over three scenarios, the user is tasked with buying ingredients, taking them home and making a cup of tea for their family. A supermarket environment reveals difficulties at the checkout, counting money, reading the shopping list, busy environments and finding items. A second street sequence illustrates problems people with dementia may face with navigation, visual-spatial problems and disorientation. Finally, back at home, making tea for visiting family presents challenges around memorising instructions, visual symptoms and coordination problems. 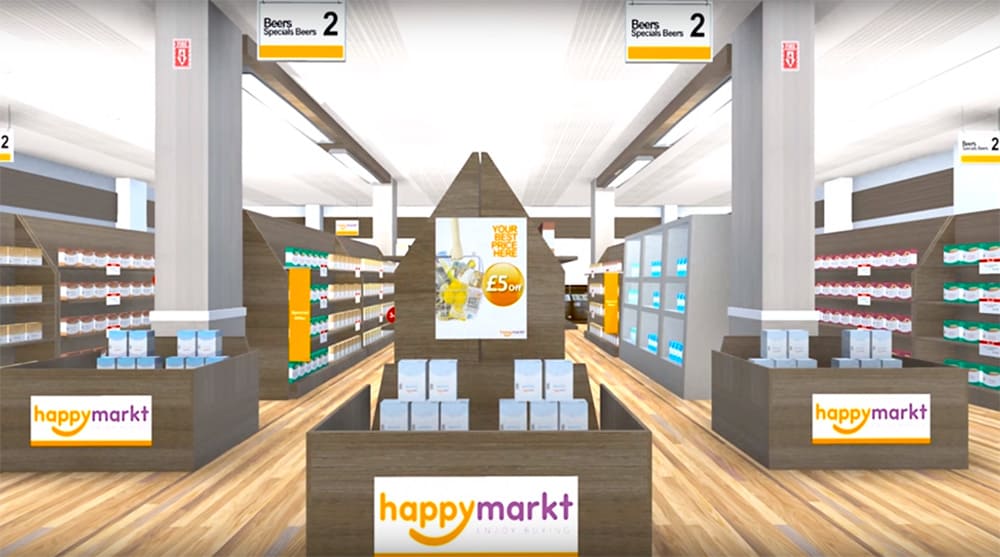 Hilary Evans, Chief Executive of Alzheimer’s Research UK, the UK’s leading dementia research charity, said: “Dementia is commonly misunderstood, so A Walk Through Dementia is designed to offer the public a clearer picture of the challenges that people living with the condition face in everyday life.

“The app also gives a poignant insight into the emotional impact of symptoms, an element that people with dementia told us was important to achieve. Although each person with dementia experiences the condition differently, and it would be hard to recreate the full range of complex symptoms, harnessing new technology like virtual reality helps us engage people with the impact of dementia on a new level.”

The app features a compelling voiceover from Olivier Award-winning actress Dame Harriet Walter, who lost both her parents to dementia, and an introduction from broadcaster Jon Snow whose mother died of Alzheimer’s disease – the most common form of dementia.

Jon Snow said: “Having lost my mother to Alzheimer’s, and witnessed her struggle with the symptoms of dementia, it’s clear that the effects are far more complex and far-reaching than memory loss alone. A Walk Through Dementia gives an insight into how simple tasks we take for granted can become daily trials for people with the condition – there’s something about the everyday nature of the story the project tells that make it all the more affecting.”

Developed with the help of people living with dementia, and with support from Prof Sebastian Crutch at UCL’s Dementia Research Centre, A Walk Through Dementia is an innovative, free and unique perspective on a condition that affects 850,000 people in the UK.

Trina Armstrong, who is living with posterior cortical atrophy, a form of Alzheimer’s disease, and advised on the project, said: “Anyone living with dementia will experience it uniquely, but I hope A Walk Through Dementia will provide people with an idea of what the world is like for me. Everyday things like popping to the supermarket or making a cup of tea are things I used to take for granted, but dementia presents a real barrier to my everyday life in ways that people often don’t realise. ”

Dame Harriet Walter said: “I have had personal experience of dementia with both my parents but acting this character was the first time I had had to get inside the head of someone with the condition. It was daunting. I realised that I am not too young to develop this disease that we mostly think about as an old-age problem. I also realised that what seems incoherent on the outside comes from a human being trying to make sense.

“The character I play is at a tricky stage where she knows she is losing some of her faculties, and that must be terrifying. But the story also deals with the carers and people around her and talks of her family.”

A Walk Through Dementia is available from the Google Play Store and is designed for use on Android phones. For more on the project, including films and to purchase one of Alzheimer’s Research UK’s cardboard headsets, visit the website HERE