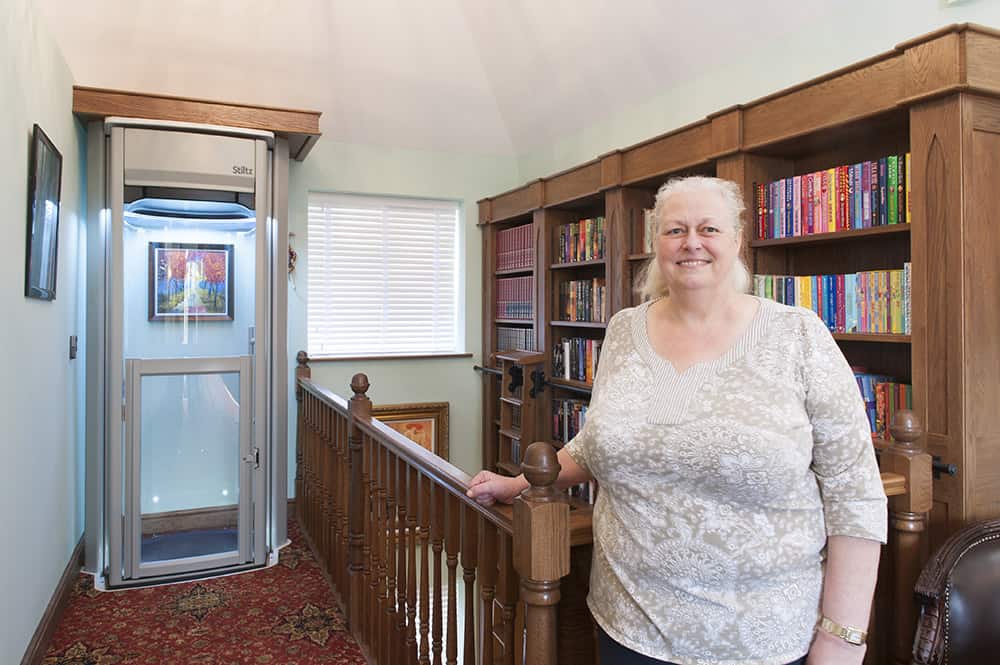 A woman from Essex has been all but cured from a spinal condition she had for nearly 40 years after receiving pioneering treatment from a London clinic which involves ‘charging herself like a mobile phone’.

Kim Carpenter has Degenerative Disc Disease – a condition affecting around 30 million people every year. It involves the discs collapsing and causing the facet joints in the vertebrae to rub against one other causing pain and stiffness.

The 60-year-old has suffered with the back problem since the age of 22 and around eight years ago, the situation became so bad that the only way she could go upstairs was on all fours.

In 2010, Kim and her husband, Brian, had a Stiltz Homelift installed in their four-bedroom home which enabled her to move independently between floors at the touch of a button.

Just over a year ago, however, Kim’s back condition became so painful that she contacted the London Spine Clinic in a desperate plea for help. It proved perfect timing as the centre was weeks away from trialling their new Spinal Cord Stimulator implant.

Kim readily agreed, becoming one of the trial’s first volunteers; she said that the treatment has worked wonders.

She said: “I was desperate. Degenerative Disc Disease was taking over my life. I’ve had loads of operations and my spinal surgeon had retired so I needed to find a solution.

“I spoke to the London Spine Clinic to see if there was anything they could do and they asked me if I would like to be one of their ‘guinea pigs’ for the Spinal Cord Stimulator. They were very confident it would work and I was willing to try anything. I couldn’t stand it any longer.”

Carried out by the London Spine Clinic’s Dr Moein Tavakkoli, the SCS device had to be surgically placed under Kim’s skin and works by sending mild electric currents from a pulse generator to the nerve fibres of her spinal cord via a small wire.

“It works very much like a tens machine,” explained Kim. “It confuses the signals going to the brain and stimulates the nerves in the area of my back where I feel the pain most. It has made me so much more mobile and has taken away at least 80 per cent of the discomfort I was feeling before.

“The only thing is I have to ‘charge’ the stimulator for about half an hour every morning and evening – a bit like a mobile phone. Once the battery level is charged, I can move around again.”

However, Kim still does not feel comfortable enough to walk up the stairs and continues to use her freestanding Stiltz Homelift which travels through the floor.

Recently, they have invested in a second Stiltz, which they describe as a newer and more stylish model installed in the home. The homelift resides in a recent extension they have had built connecting an extensive library room to an upstairs mezzanine area. 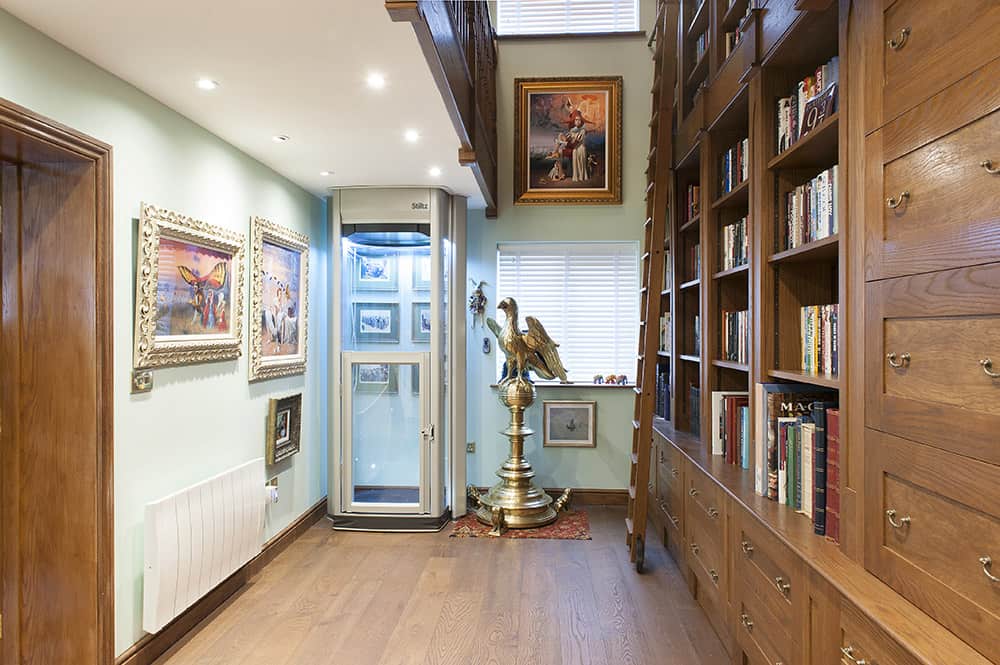 Kim said: “We originally came across Stiltz Homelifts at The Ideal Home Show in London when we were in the process of renovating our property and it turned out that we became their first customers in the UK.

“I was never keen on a stairlift as they take up too much room on the staircase and I never fancied moving to bungalow because I always wanted a house with a swimming pool.

“The homelift has helped make our home fully accessible for me and, along with the spinal stimulator, has improved my life immeasurably. The lift is ideal for sending up the laundry and the vacuum cleaner rather than attempting to do it myself and is so easy to use.

“We recently decided to buy the second generation Stiltz Homelift which is a completely different shape and looks very smart and sophisticated. I love both and I couldn’t be without them.”