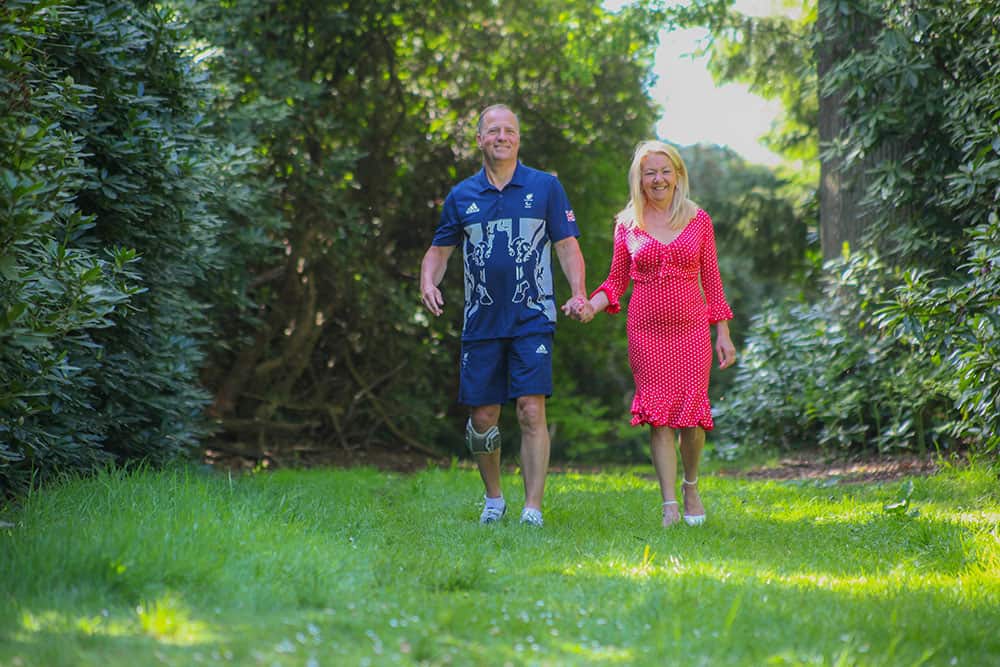 Paralympic archer Dave Phillips has a message for fellow MS sufferers this MS Awareness Week — don’t give up hope.

Dave, from Cwmbran, Wales, was diagnosed with MS 23 years ago, when he woke one morning to find his right leg was numb and would not co-operate. He spent six weeks in hospital as doctors tried to work out what was wrong with him, until eventually a diagnosis of MS — the relapsing remitting strain of the disease — was made.

“I didn’t know what it meant,” said Dave. “He said that I had MS so bluntly, and all I could think was, ‘what’s Marks and Spencer got to do with it?’ — that is how little I knew.

“Back then, no treatment was offered. I was just told I had it and to go away and get on with my life. But it took six months to recover from what had happened, and it was immediately followed by an attack which affected my vision for another six months so it was a tough time.”

Dave, who worked at Tata at Orb Electrical Steels before taking early retirement, admits he was in denial about his condition for several years and didn’t want his colleagues to know there was anything wrong.

“I was dropping things at work, and just generally clumsy, so I started offering myself up for other jobs in different departments,” he said. “Anything to make sure no-one thought I was lazy. It was exhausting though, as I would come home and go straight to sleep. But it did pay off, as when it came to my retirement I was allowed to retire early after 30 years’ service, because I’d given so much.”

Since Dave’s diagnosis, he’s suffered a number of relapses and the lasting legacy has been fatigue and the drop foot he suffers on the leg which went numb all those years ago.

As time progressed his ability to walk properly reduced and going out became too much of a risk. Constantly falling and stumbling, it became a topic of conversation whether life in a wheelchair was the way forward.

It was during this time his wife, Angie, persuaded him to try archery once again. He’d been a promising bowman in his youth but gave it up to forge a career and raise his family. His rise within the sport was rapid, and three years after picking up a bow again, he was shooting recurve at the Rio 2016 Paralympics. He’s a regular competitor on the international circuit and will shoot at the World Para-archery Championships in June to try to qualify for Tokyo.

It was at an archery event that Dave discovered the product which would enhance his life. He saw another competitor wearing a functional electrical system, the Bioness L300 Go, and it gave Dave a glimmer of hope.

A simple cuff, worn around the leg, the functional electrical system emits electrical pulses and stimulates the muscle which no longer functions as it should. For Dave, this reactivated the muscles in his leg to lift his foot properly and walk with confidence.

He said: “Once it was set up for my needs it was so easy to use. I just get up and go, and I don’t have to worry about my foot catching something as I walk. Before, I had to think about where I was going because I wasn’t confident in my walking but now I feel free to explore again, and I can enjoy more quality time with my family.” 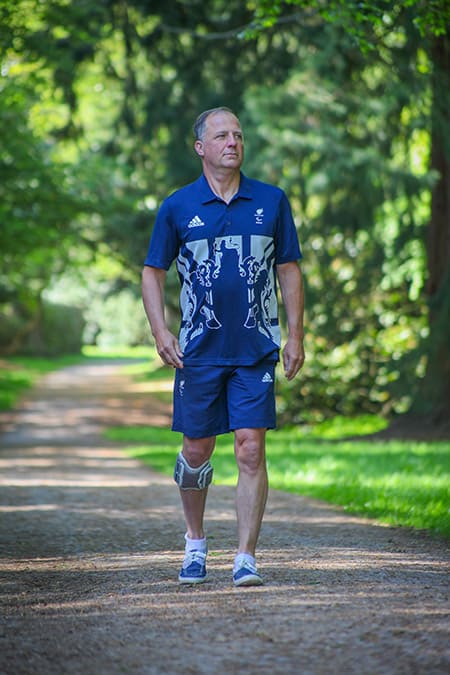 His wife, Angie, was there when he was first fitted with it. “To see him walking normally again was a miracle to me,” she said. “We’re able to take our goddaughter, Lucy, who is seven, out and about. Dave would never have been able to do that before. She says granddad has a new leg.”

It’s not just orthotic technology which helps Dave but a drug called Gilenya he takes to suppress his immune system and therefore stop it attacking his nervous system.

“I’ve done a lot of research over the years and I try to keep up with the latest innovations,” said Dave. “We went and got a second opinion and met a specialist called Fada Joseph and his team of MS nurses, who have been our angels and changed our lives. He got me started on different medications, and each new one I try, there’s a better result. So things have really advanced.”

Over the years, both Dave and Angie have realised how important it is to give back and they are now qualified volunteers for MS Society Cymru, as well as foster parents.

“It wasn’t just me who got diagnosed with MS all those years ago. In a way my whole family was diagnosed with it,” said Dave. “They’ve had to be there all the way and go through the same emotional rollercoaster as me, they suffer just as much. Being able to support people with MS, and their families, is really important to us.”

Angie said: “People are being diagnosed so much younger these days, there’s even been children as young as ten diagnosed and they have to live with MS their whole lives – it’s important to help them along on their journey. We feel we can give back.”

Dave’s message to those with MS is to stay positive and as active as possible.

“I want to use my platform as a Paralympian to say ‘please don’t give up on yourself’. You can keep it at bay for longer now, you can still work those muscles. I’m proof you can still have a life, with the right lifestyle, exercise, medication and aids if you need them. You can still achieve, don’t give up hope.”

Dave Phillips is an ambassador for Ottobock, a Tokyo 2020 Paralympic Official Supporter in technical services. Ottobock has provided technical support to the Paralympic Games for more than 30 years.