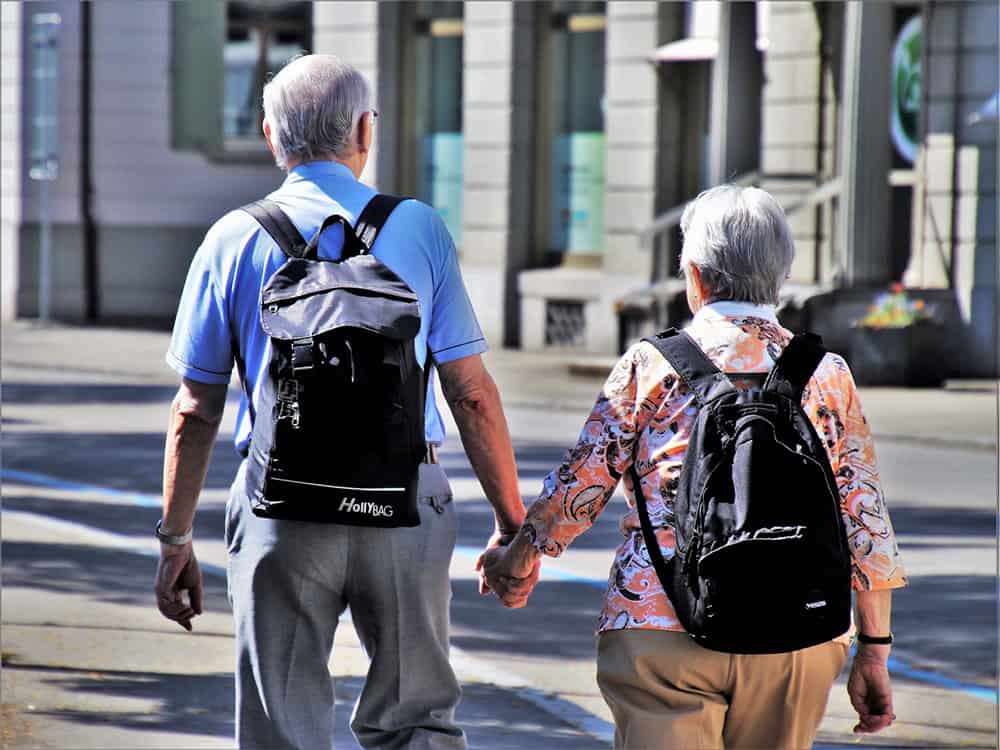 New research from Age UK has found that during the second wave of the pandemic, the numbers of over-65s in the UK who were providing unpaid care for someone almost doubled to more than four million.

This is compared to the position before COVID-19 arrived, when 17 percent of over-65s were found to be unpaid carers, equivalent to 2.2 million older people.

Among these four million plus unpaid carers during the second wave aged over 65, 780,000 were in their 80ss or beyond, meaning a massive 23 percent of all over-80s were providing care.

The huge jump in the numbers of older people providing unpaid care during the pandemic means that at that time, one in three of the entire 65 plus population in this country was providing some unpaid care.

During each week of the second wave, these older carers collectively provided more than 75 million hours of free care. However, nearly 140,000 provided more than 100 hours of care each week – a staggering amount which must have taken up almost every waking hour for them, as well as some sleeping time too, Age UK underlines.

Yet despite making this enormous contribution, three percent of these older carers received any official respite care during the pandemic. The charity says this is a real concern because caring intensively for long periods, without any relief, can take a heavy toll on a carer’s health and wellbeing, regardless of age.

Age UK further points out that in the case of older carers, significant numbers of them are coping with their own long term medical problems too.

Caroline Abrahams, Charity Director at Age UK, said: “Our new analysis shows just how enormous the contribution of older carers has been during the pandemic, and it is humbling to realise that one in three of the entire older population has been providing some unpaid care during the health emergency we are all living through. Almost one in four of these older carers was in their eighties or beyond, which is even more extraordinary.

“At a time when these very old people might expect to slow down and take a well-deserved rest, they stepped up. We owe them huge respect and thanks for their hard work and commitment.

“The vast majority of older carers, like all carers, do it because they want to and that hasn’t changed during the pandemic. However, what has changed is that many of the formal services they rely on to back up their efforts, or that allow them to take some time out to rest and recharge, scaled back or closed down altogether, sometimes for good.

“We also know that in some cases older people decided it wasn’t safe to let formal services in, because they feared they would bring the virus with them.”

This has resulted in many older carers being left to care alone, without additional support, she continued. Regardless of age or resilience, caring continuously without any break while also worrying about the virus, is a “recipe for physical and mental collapse”.

Caroline added: “It’s simply too much and that’s why it is imperative that as we look ahead to life after COVID-19, we ensure the plans and resources are in place to help our older carers keep going without risking their own health and wellbeing in the process. The opportunity to take a regular break must be part of this.

“If you ask older carers what would help them the most they usually say a properly funded, reliable system of decent care. Knowing this was there would be a huge comfort and confidence-booster for them, as well as of valuable practical assistance. It would allow them to focus on the person they love, in the way they know best and often only they can do.

“This Carer’s Week, the unfair, unremitting burden on older carers we are seeing is a compelling reason why the Prime Minister must follow through on his promise to ‘fix social care’. Older carers deserve better, as do those who they support.”