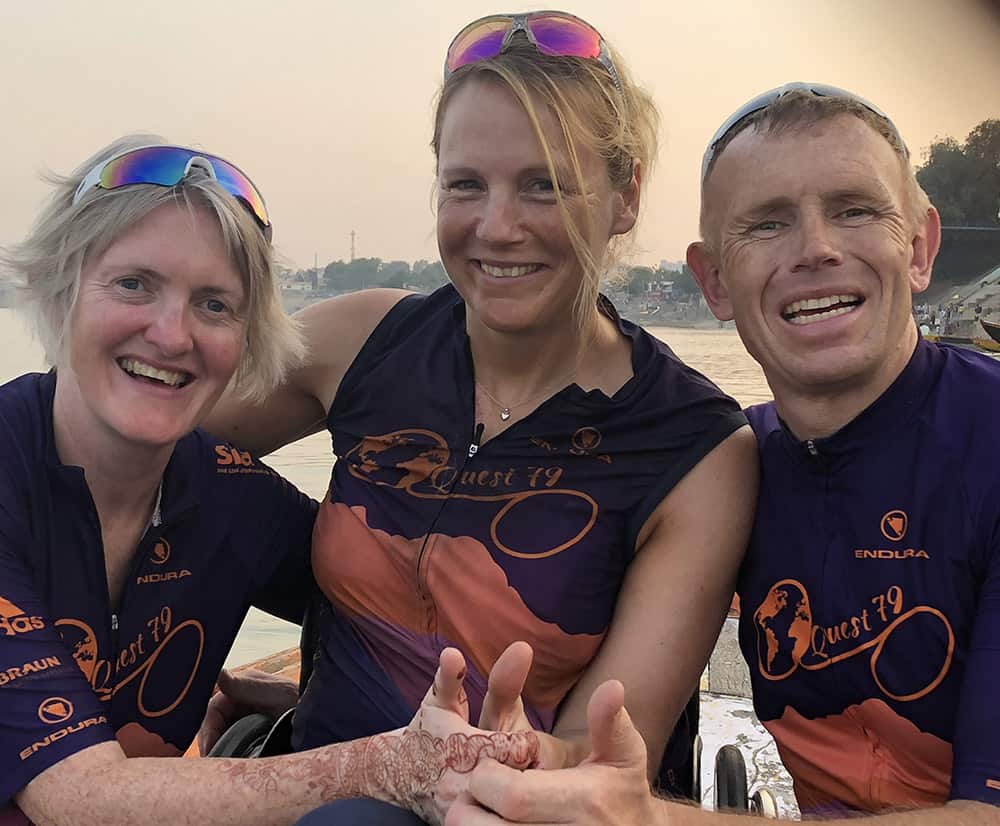 Gerald Simonds has again helped Paralympic gold medallist Karen Darke in her latest Quest79 challenge, which involved cycling along the Sacred Way in India, from Gangotri – a village by the source of the Ganges, to Varansi – an ancient city and the river’s Sacred Heart.

A climbing accident when she was 21 left Karen paralysed from the chest down, but she has refused to let that stop her living life to the full.

Karen is part of the British para-cycling team and followed up her silver medal success at London 2012 with gold medal glory in the hand-cycling time trial in Rio and is now in training for the 2020 Games in Tokyo.

In addition to her hectic training and competition schedule, Karen has also set herself a target of completing endurance cycling events in seven continents, between the two Paralympic Games of Rio and Tokyo, as part of her Quest79 campaign

Since winning Gold in Rio, the number 79 has played a significant part in Karen’s life and was the meaning behind Karen’s other passion in addition to chasing Paralympic glory. When Karen won Gold in 2016, it was her 79th medal for her country and 79 is also the atomic number of gold, and so Karen’s Quest79 dream was born.

Karen undertook her latest quest with two friends Christine Graham and Kevin Benstead, neither of whom had attempted such a trek and the three friends travelled a total of 1,500km over three weeks.

She explained: “Each of my quests are connected to water and I have always loved the mountains and The River Ganges in the Himalayas. For many years I have been fascinated by that part of the world and it had been my dream to one day explore the river, surrounding land and meet the people who live there.”

The terrain Karen and her two friends encountered during the trip was extremely mountainous at times as they cycled out of the Himalayas and through the state of Utter Pardesh in Northern India. 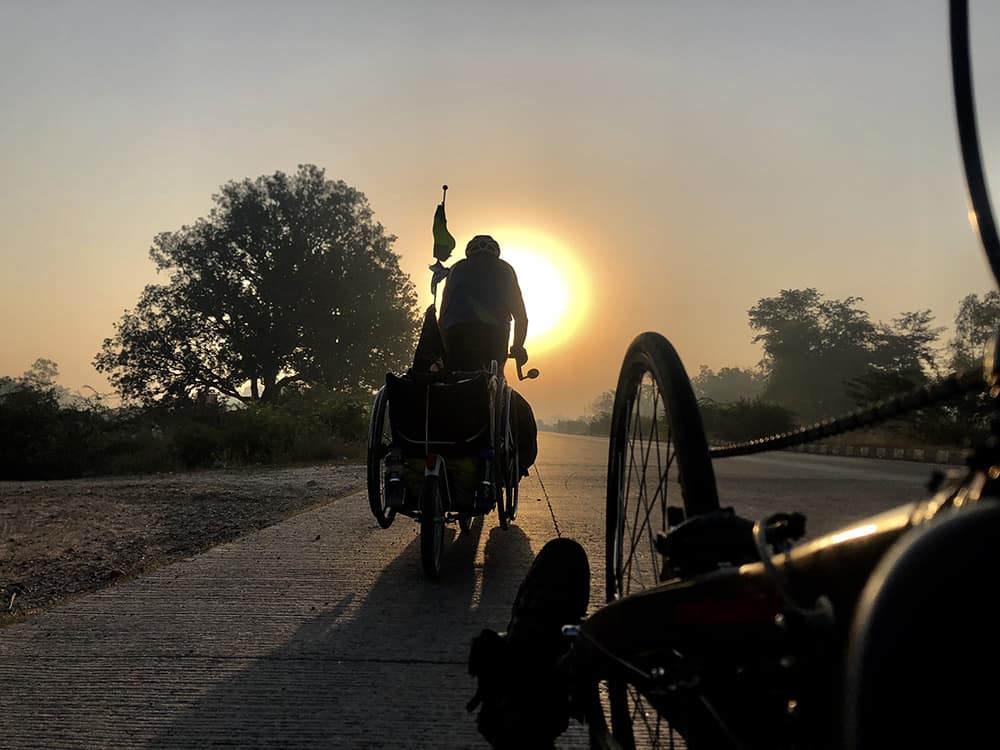 “The Stimulite seating from Gerald Simonds which is fitted to the seat of my recumbent cycle made such a difference in terms of comfort and protection,” she continued.

“Until I got in touch with Gerald Simonds I‘d had ongoing issues with pressure sores when training and taking part in events. However, this changed after I started working with Gerald Simonds who are the sole UK distributor for the range of Stimulite pressure management solutions.

“The team at Gerald Simonds have been fantastic and the seat is so comfortable and despite the extreme heat we were cycling in I had no issues with pressure sores.”

Gerald Simonds worked in conjunction with the manufacturer, Supracor, to create the perfect seat shape using Stimulite sheets to ensure Karen had four custom seats produced in various levels of thickness and density so that she had suitable seats for training, racing and her Quest79 challenges.

“Seeing one of our solutions make such a difference to Karen in terms of comfort and success is incredibly rewarding and we wish her well as she continues her preparations for 2020.”

If you would like more information on Karen’s latest Quest79 challenge, or to contact her to find out how you could create your own challenge, visit www.karendarke.com