Sarah Sarsby 2nd August 2019 Ground-breaking AAC device looks to change the face of communication for those with speech or motor impairments2019-08-02T12:24:36+01:00 AT Devices News, Sensory aids 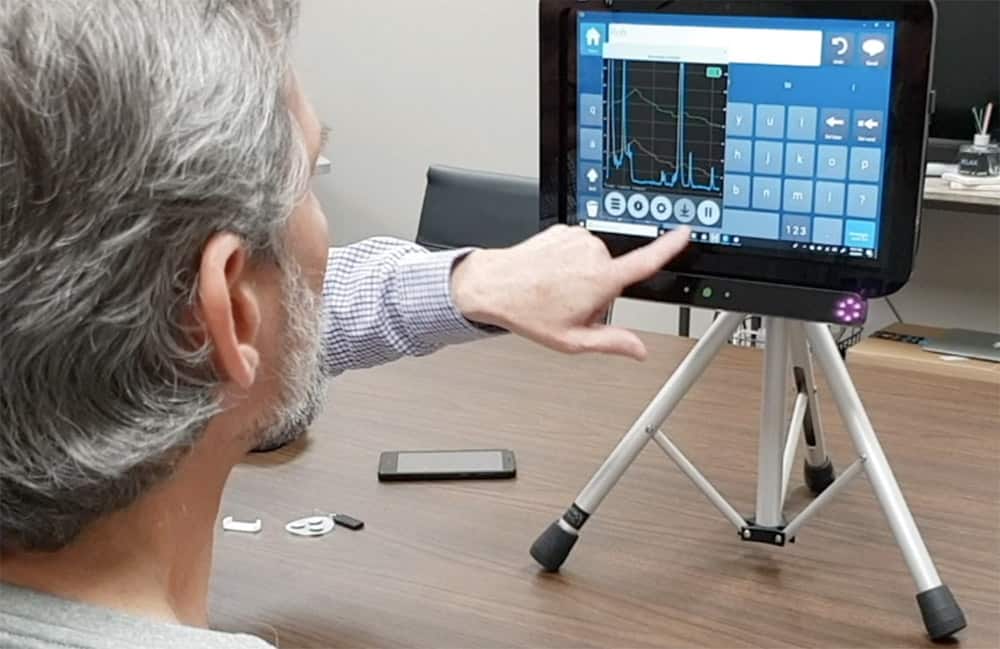 NeuroNode Trilogy, the latest system from Australian-based company Control Bionics, is a ground-breaking AAC solution combining three different access methods to transform the lives of those with paralysis and loss of speech.

The NeuroNode is a small and lightweight electromyography (EMG) device that can connect to any part of the body. EMG measures electrical activity associated with the activation of a muscle group.

Using EMG, the NeuroNode is placed on the skin over the muscle chosen to be the switch. When an individual attempts to move that muscle, the NeuroNode detects their EMG signals, even if there is no visible muscle movement, and uses these signals to allow the person to control the Neuronode Trilogy System.

Rob Wong, CEO of Control Bionics, explained to AT Today: “The key point of this device is that it works for people with extremely low ability to move.

“When you send a signal to the AAC device via a small movement or pulse, think of it as a mouse click. We combine this movement with Eyegaze Technology, which is the controlling of an AAC device through eye movement. Clients can look at different buttons on a screen using their eyes and they then make a pulse or movement to select the desired option.

“With normal Eyegaze Technology, there’s a timer. Every time you pause on something, it says within half a second or a second, if you hold your gaze onto that, it will be selected.

“However, with our technology, nothing happens unless there’s movement or pulse, which allows the individual to plan what they want and think about it.

“Someone can completely navigate around the NeuroNode Trilogy and not get the eye strain that is normally associated with eye control technology. The problem with eye control by itself is that your eyes are working all the time. Whereas with our technology, the person can look away or just close their eyes and rest. They don’t have to do anything.”

The clever AAC device is also easy for carers to set up and operate; is quick and simple for users to learn and control; is entirely independent of body position and light position; does not cause as much eye strain for users; is less tiring for users and has adjustable sensitivity.

Importantly, the NeuroNode Trilogy has a unique ability of changing the access method alongside the user’s needs, making it an ideal option for clients with degenerative conditions. 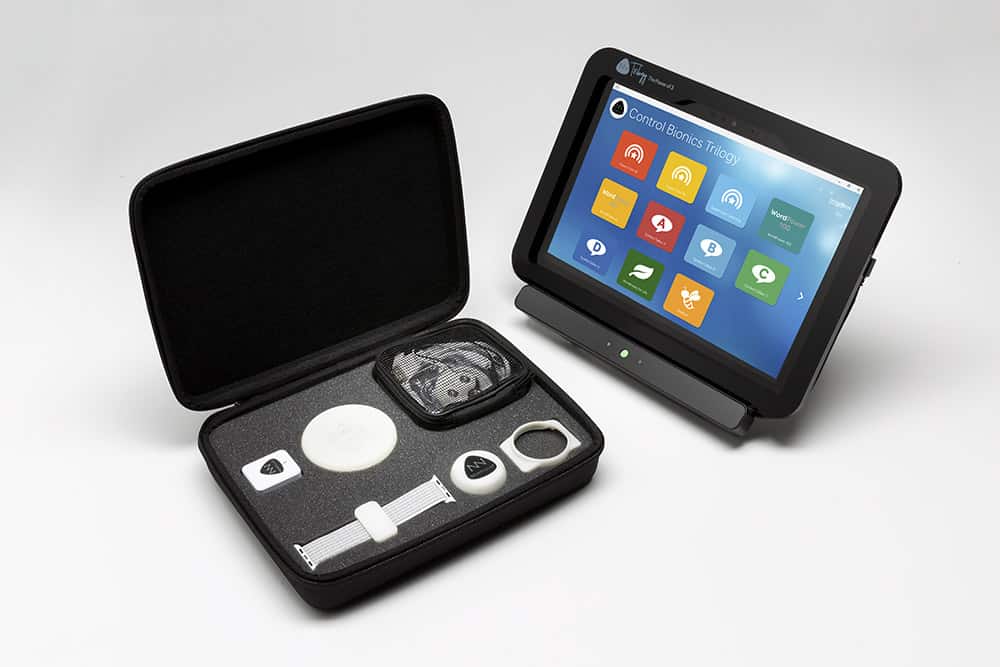 Once set up, the innovative AAC technology provides users with a diverse range of possibilities, including:

Rob added: “We think it’s diverse in terms of the people we’ve been able to help. If a client has no physical movement in their arms or legs, we can pop the Neuronode on their head to pick up a small signal. If you can have this level of flexibility and convenience, wouldn’t you want it?” 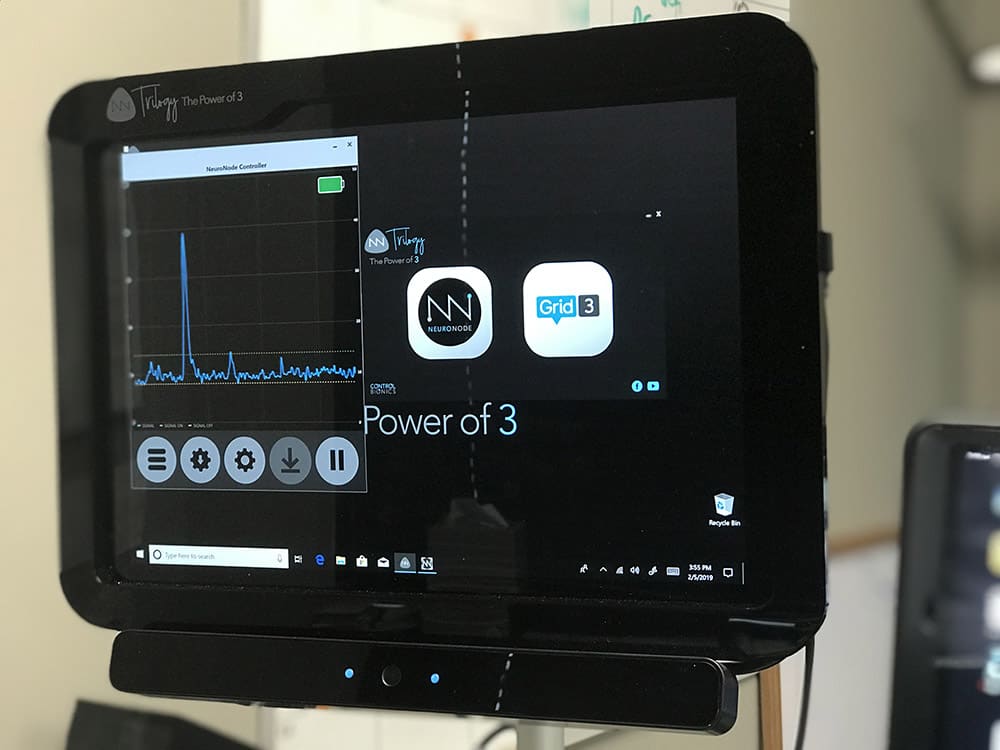 He discussed a case of where he was asked to assess a 25-year-old woman with cerebral palsy, who was said to have no voluntary movement, to see whether she would be able to use the NeuroNode Trilogy.

“This 25-year-old woman had not had an AAC device for 20 years and her record showed that she had no voluntary movement,” Rob said. “With cerebral palsy, a lot of the activity is driven by a frustration that you have this body that’s out of control and the moment you try to communicate something, everything goes off in your body.

“With our device, we said to her ‘I want you to relax and I want you to try and make a signal’. I had her playing a small pirate ship game, where you had to fire a cannon ball and hit a target, within 5 minutes.

“The people there were just amazed and I said that it is not so amazing as technology has moved on, so we can now reach things that we didn’t even have before. We can make these things happen.”

Although the NeuroNode Trilogy is not currently available in the UK, Control Bionics is also working on getting the NeuroNode device to control a wheelchair. The prototype is in the research and development stage, but hopes to give people with reduced mobility greater independence and dignity, so that they do not have to rely on somebody else to get around.

Watch the video below to see the NeuroNode Trilogy in action: