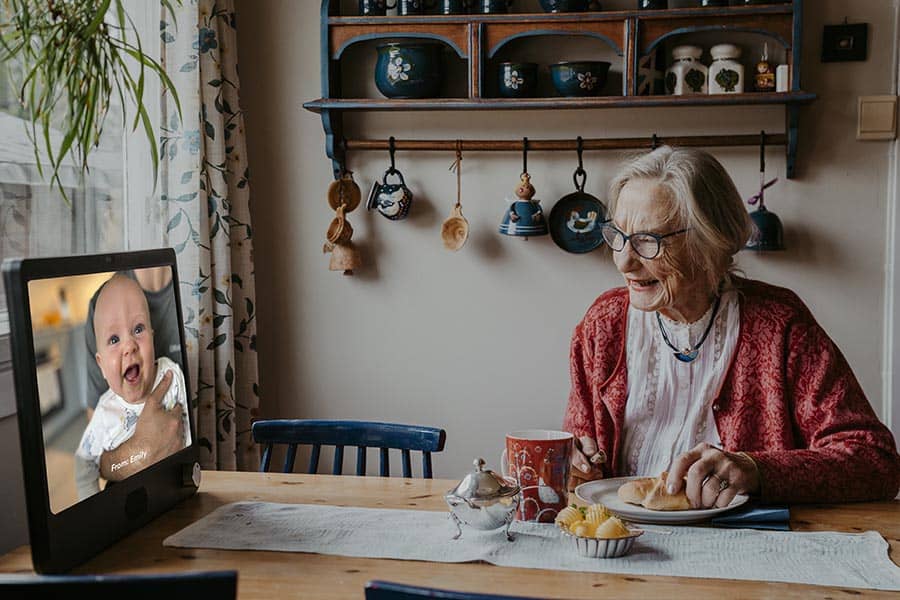 No Isolation has launched a new version of KOMP – a one-button computer designed specifically for use by elderly people.

The new model, boasting a wider screen and in-built internet, has been launched in response to user feedback following an increase in demand brought about by the COVID-19 pandemic.

Developed to bridge the communication gap between analogue seniors and their digitally native family members in order to reduce feelings of loneliness and social isolation, KOMP is placed at the elderly person’s house, and family and friends can connect and share content through the dedicated app. When KOMP is turned on, the user will automatically receive the messages, video calls and pictures sent throughout the day.

Furthermore, the assistive equipment benefits from enhanced sound quality, making it easier for elderly people to hear and understand the person on the screen. Feedback from the microphone has also been reduced, enhancing the two-way video experience.

No Isolation has also given KOMP in-built internet; an important upgrade for elderly people who do not already have Wi-Fi set up in their homes. With the new integrated Wi-Fi enabled SIM-card, elderly people can simply plug in their KOMP and begin using it. Users are able to opt-out, however, if they already have a home internet plan.

As well as improved visibility and sound quality, the updated version of KOMP now has an easy-to-grasp carry handle located at the top of the device for easy transportation between rooms. The addition of a ‘foot’ and a slight tilt of the screen so that it sits at an angle also make the unit significantly more stable when placed on surfaces. Stability has also been improved when using a VESA wall mount. 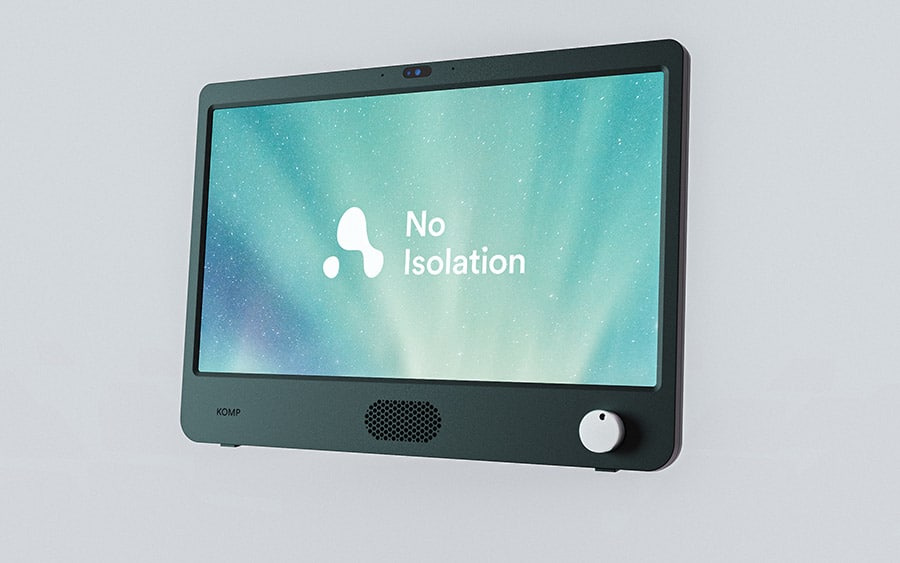 According to Age UK, 3.6 million older people in the UK live alone, with 1.9 million reporting feeling ignored and invisible. Furthermore, The Alzheimer’s Society reports that there are over 800,000 people in the UK aged over 65 who have dementia typically struggling more than others to learn how to use new technology.

For these groups, communication is typically offline. Modern communication devices and social media mean that the younger generations are able to communicate instantly, via many mediums, which has been particularly important during the COVID-19 pandemic when face-to-face communication has been minimised to prevent transmission of the virus.

To respond to these needs, No Isolation has taken the most useful elements of social media and introduced them to elderly people, in a product designed specifically for them.

Karen Dolva, Co-Founder and CEO of No Isolation, said: “As a company, it has always been our mission to ensure that no one has to needlessly suffer from loneliness. This uncertain period, brought about by the outbreak of COVID-19, has enabled society to wake up to what we’ve always tried to emphasise: the importance of keeping people connected and the profound impact this can have on not only mental, but also physical health.

“By creating KOMP, we want to ensure that seniors feel like they are an active part of their children’s and their grandchildren’s lives, and to stop them feeling lonely, particularly while they can’t physically be with their family.

“Now more than ever, we want to bring all of the most magical aspects of modern-day communication tools into one device, in order to ensure seamless communication between all family members, across all generations. It is for this reason that we made the decision to bring forward the implementation of these much-needed updates to KOMP.”